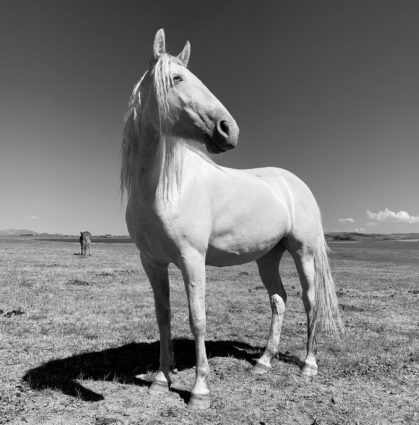 “King Ropes is often bent (but not broken) as they blend indie rock with an introspective streak (meaning this more frequently exudes singer-songwriter vibes than raggedy bashing) plus strains of Americana (possessing a Northwestern angle) and flashes of sophistication that reinforce the time spent in those big cities….the songs inspired thoughts of Pavement, Doug Martsch, Nick Lowe, and the Velvets. Overall, this is more than an okay time.” – The Vinyl District

“Way Out West defies expectation. It’s a refreshing release that moves unlike any other and that in itself is challenging. King Ropes is clearly ahead of its time. They just have to wait for the rest of the world to catch up.” – Ghettoblaster Magazine

“…a musical revelation. It’s music that sounds as if it’s played by dead cowboys. Like Tom Waits, the vocal performance is eccentric but highly sophisticated. The lyrics may also elicit a snicker, but they are clearly the work of songwriter(s) that know the rules well enough to be able to toss them out the window. Much like a Tim Burton movie, it’s a jolly ride through hell and back.” – Alt 77

“the band lopes through a selection of roughhewn rock territories, with Hollier’s compelling voice channeling the odd angles of Lou Reed and Bob Mould. The guitars are prickly and aggrieved as the drums batter away at your senses. In his own acidic howl, Hollier takes aim at everyone from anti-vaxxers and flat-earthers to holocaust deniers and science skeptics” – Beats Per Minute

Way Out West, King Ropes’ fourth album, is full of open spaces and jagged edges—from “A Loser and a Jerk,” with its brooding feedback moans, to the cathartic opener “Big Man on the TV,” with its mangled arpeggios and visions of a broke rodeo flailing amidst “the great wide open.” Guitars scrape and whine. Amps rumble. Rickety pianos rattle in and out of tune. Like the Treasure State itself, nothing is too refined. Perched uneasily between indie, desert rock, and ragged americana, it’s the band’s finest record yet. At the center of it all is Dave Hollier, a gifted songwriter at the top of his game, surveying a land haunted by doomed relationships and hypocrite ideologues in his odd, quivering voice. (continue reading full bio on download page)