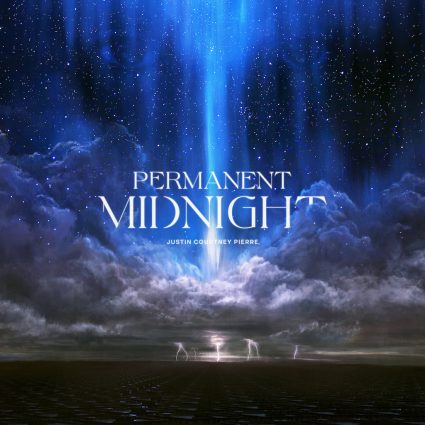 From the desk of Justin Courtney Pierre (of Motion City Soundtrack); A long time ago — long before you were born — I was a little boy who fell in love with a grown woman. She was something else, unlike any of the other humans I had come across in my short time on this planet so far. I was fully interested in all she had to offer, and she willingly gave of herself without pause. She was so incredibly wise, and I constantly looked for excuses to bump into her, just for the opportunity to talk. I fell so deeply in love.

Eventually I confessed my love to her. She knelt down to me and gently took my head between her hands. “If only you were all grown up,” she said as she kissed me on the top of my head. So I did what any young boy would do — I researched how to grow up faster. As you know, I’m not a technical wizard of any kind. And being an orphan of the world, I didn’t have a whole lot of instruction on how to approach this ambitious task. Fortunately, I met a man who possessed the ability to change matter over time. He was an odd sort of fellow who believed in the power of positive repetition. He gave me many mantras to study, told me to look inward over an extended period of time. He told me if I were truly focused—and lucky— I might reach my goal within a few decades. Obviously I was impatient, so I ransacked his laboratory one night after he had turned in, and absconded with a book of spells. One spell had the power to lengthen; another, the power to strengthen. One spell could manipulate the weather, and yet another had the power to reverse time.

Read the rest of the story by Justin Courney Pierre HERE

Permanent Midnight, produced & engineered by Jacob Carlson at Defhaus Studios, will be released via Epitaph Records on December 9. You can listen to the first track from the EP, feel good indie-rock gem “House Of Strangers” here. Permanent Midnight is the fourth and final installment of an ambitious series of EP’s, following An Anthropologist on Mars (released in March 2021), The Price Of Salt (released July 2021) and Ghost World (released November 2021.)