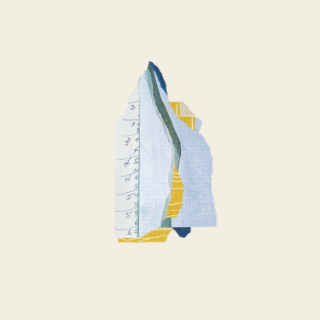 Into It. Over It. returns with messy, cathartic Figure, starting with lead single “Living Up To Let You Down” – WXPN’s The Key

At the start of 2017, Evan Thomas Weiss wasn’t sure that he would make Figure, his upcoming fourth full-length record under namesake Into It. Over It. Built slowly and kindly with the help of his Chicago community, Figure is a commitment to do better and to be better, a love letter to stumbling and scraped knees, a field medic’s kit: knife and scalpel with stitches and bandaging, and something to cauterize the wounds. “It’s about trying to make peace with poor decisions that I’ve made,” he says, “and how I can try to reconcile as much as I can, and what I can’t reconcile, how I’m going to cope with that moving forward, and what I can do to be better to the people around me.” Weiss and drummer/audio engineer Adam Beck recorded and produced the record over seven months in different studios around Chicago’s many neighborhoods with longtime friends and recording collaborators Matthew Jordan, Andrew Emil and Mark Michalik. Jason Cupp (Jimmy Eat World, American Football, Maps & Atlases) handled mixing duties, while Dave Kutch (American Football, Lana Del Rey, Solange) handled the mastering. The result is 12 tracks, patient and considered, layered and epic, that map a crooked, unyielding journey forward through the streets and parks and bars and heartbreak of Logan Square.