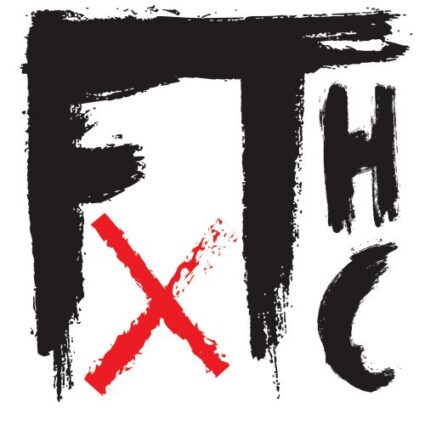 A record of reckonings, realisations and redemption, FTHC sees Frank Turner growing up, moving on and moving out of his beloved London. Turning 40 just before its release, even if there hadn’t been a global pandemic during its creation, you get the feeling that Turner would have still approached his ninth solo album very differently from all the others. Returning to his punk rock roots, he goes harder than he’s ever dared before in his solo material as well as being even more honest, opening up about identity, aging, addiction, anxiety, loss and love. On FTHC home truths are served up thick and fast.

“I’m fully aware that I’m not the most experimental musician in the world, but I made an electro pop record and then I made a history folk album, both of those were pushing at the boundaries of what I do,” explains Turner of his last releases. “But the music I’ve made has always been punk adjacent or punk with an adjective; whether it was it was post hardcore, folk punk or indie punk. I just mostly still listen to punk rock records, so I wanted to make one – a noisy and, in places, angry record, which is much more sonically aggressive than anything I’ve done in my solo career.” As well as getting ready to enter his fifth decade, another major milestone has impacted FTHC – his 2019 wedding to fellow musician, Jessica Guise. “People assume that marriage is some sort of surrender, but actually I’m enjoying the fact that I’m about to put out my angriest, noisiest, most raucous record ever,” says Turner with a smile.

A riff on the ‘Frank Turner X Hardcore’ logo he’s had since the very early days, FTHC is a restatement of purpose which sees him reunited – via FaceTime rather than in the flesh – with Rich Costey, who produced 2013’s Tape Deck Heart. Recorded in-between lockdowns with Turner and his band The Sleeping Souls in Oxford and Costey in Vermont, they made the entire record remotely, with drums from Nine Inch Nails’ Ilan Rubin, as well as guest appearances from Jason Isbell, Biffy Clyro’s Simon Neil, Muse’s Dom Howard and Death Cab for Cutie’s Jason McGerr, all of whom sent their respective parts from various corners of the globe.

Kicking into life with a buzzsaw riff on unflinching opener Non Serviam – words attributed to Lucifer in John Milton’s Paradise Lost – Turner starts as he means to go on; by rocking the fuck out and answering to no-one but himself. “Reading it, you really get the vibe that Lucifer’s cool,” explains Turner of the much misunderstood character and his refusal to do as God tells him. This has long been an approach shared by Turner, but directed towards the machinations of the music industry rather than the gatekeepers of heaven. “The role of an artist is to make art as best they can and not to please any given constituency, whether that’s your girlfriend or your boyfriend or your record label or radio pluggers,” says Turner. “I’ve tried to live by that over the years and particularly with this record, and indeed, with this song, it’s about doing what I want to do and I couldn’t give a shit what anybody else has to say about it.”

It’s a message hammered home during the course of the album’s 14 uncompromising tracks, as Turner moves through a barrage of sensitive subjects, dealt with in the only way he knows how and that’s with unflinching honesty. Most touching is ‘A Wave Across A Bay’, a tribute to Scott Hutchison of Frightened Rabbit, who took his own life in 2018. Released with the permission of Scott’s younger brother Grant, it sees Turner coming to terms with Scott’s decision in a powerfully accepting manner. (Continue reading full bio on download page).