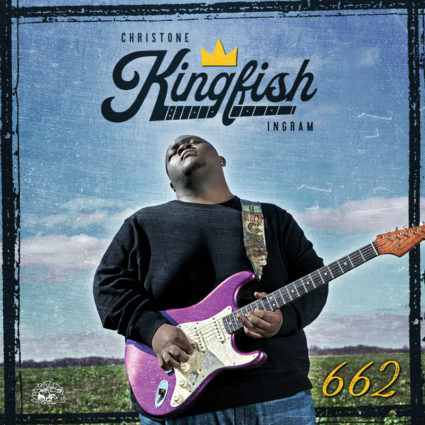 “Kingfish is one of the most exciting young guitarists in years, with a sound that encompasses B.B. King, Jimi Hendrix and Prince.” –Rolling Stone

Temperatures are rising all over, but Christone “Kingfish” Ingram is really turning up the heat with a scorching track called “662,” named after the area code for Ingram’s hometown of Clarksdale, Mississippi, where he is redefining the blues via killer guitarwork and heartfelt lyrics. –KCRW “Today’s Top Tune”

“Kingfish has not only the Blues cred, but he has the area code to match – ‘662’ is a rockin’ ride through Clarksdale, MS. This is my summer jam!” — Chris Wienk WEXT

“In the past few years, there is little question that Christone Kingfish Ingram has been the most reactive, most “connecting” new developing artist with our audience. They love him. Before the Pandemic, he had two sold out shows in the area and just announced a return this fall! I think “662” is a fast-tempo blues rocking anthem! LOVE IT!” — Brad Savage WAPS

“On ‘662’ the spotlight is on Clarksdale, but the smoke is coming from Kingfish. The song rips” — Kyle Smith WYEP

“Christone “Kingfish” Ingram is the future of the blues, singing and playing with edge, verve and vitality. Stinging guitar…sweet and melodic vocals.” —Guitar World