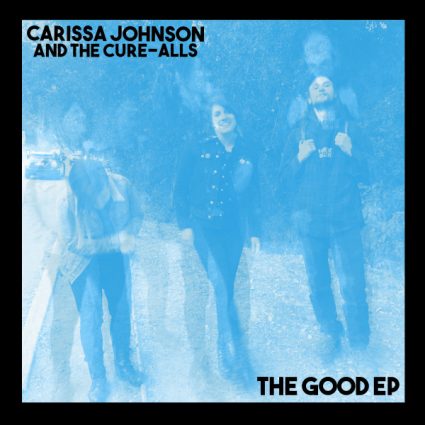 Carissa Johnson And The Cure-Alls - The Good EP

“With their momentum and respect building over the years, this trio stays steadfast on their overall goal of making down-to-earth, straightforward rock & roll.” – Troy Michael, Innocent Words Magazine

“The music is not quite Punk Rock but it’s intense like Punk Rock, It’s not quite Dark Wave but it has that sort of Dark Wave feel, It’s not POP but it has HOOKS FOR DAYS, and as far as Rock & Roll well I would say it builds a new room in that house.” – Devin Casavant, Dead American Radio

Hailing from Boston, MA, Johnson is known for her straight-forward lyrics, driving melodies, and her band’s inimitable live energy. From the start Johnson has been supported sonically by hard-grooving drums and resonant guitar melodies accompanying her growling bass lines. The singer and her band The Cure-Alls won Boston’s legendary Annual Rock and Roll Rumble (previous winners include ‘Til Tuesday and The Dresden Dolls) in 2017 and took home the ‘New Act of the Year’ award at the 30th Annual Boston Music Awards the same year. The band also won ‘Rock Act of the Year’ in 2019 at the New England Music Awards and have opened up for national acts such as Damone, Dorothy, Thunderpussy, & The Damnwells. Coming off two years of  touring throughout the U.S. as a solo acoustic act (and at times accompanied by the Cure-Alls) in 25+ states, Carissa Johnson is currently in promotion of her latest solo acoustic release A Hundred Restless Thoughts (December, 2019) and the new full-band release The Good EP, a collection of recent singles, an acoustic version of a previous release, and remixes.