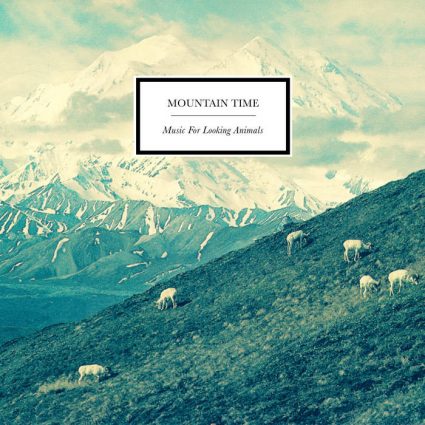 Mountain Time is Chris Simpson of Mineral and The Gloria Record. The new album Music For Looking Animals is out 6/26 via Spartan Records.

“’Rosemary, Etc.’ reflects Simpson’s deep dive into Sixties and Seventies music … It is a bustling tune that finds Simpson arranging a pastoral mix of horns, twinkling guitars and choral vocals around a steady acoustic strum and percussion stomp.” – Rolling Stone

In the aftermath of the dissolution of his adored bands, Simpson took a step back from making music for the first time since his mid-teens. And it was during this period where an affinity for the music of the Sixties and Seventies such as Van Morrison, Leonard Cohen, Harry Nilsson, Bob Dylan, The Velvet Underground and many more, along with the freedom and expression of jazz and artists who radically followed their own vision, took root. With additional inspiration drawn from the arenas of psychology and eastern philosophy, the beauty of the natural world, Simpson’s children and wife, old Time Life books, and the self- stated immenseness of the universe, Mountain Time has become almost more of a state-of- mind than a moniker.

Mountain Time, both a reference to timeliness (or lack thereof) and a childhood amongst the natural beauty of Colorado evolved from Chris Simpson’s previous solo project Zookeeper as the most fitting moniker for the latest project. With the transition, while the process and approach became more autonomous, the drive and ultimate desire to create remained rooted within many of the same wells of inspiration that fueled previous incarnations of Simpson’s songwriting. For Simpson, much of what his new album, Music For Looking Animals, is externalizing are larger questions embedded within the natural passing of time: What things do we hold onto? What must we let go?

While time has brought certain chapters to a close, new ones have opened: Family. School. Sobriety. Seeking. However, part of this recasting of priorities has involved the shedding of some former skins, and much of this process took place within the cathartic confines of writing Music for Looking Animals.  (read full bio in download folder)