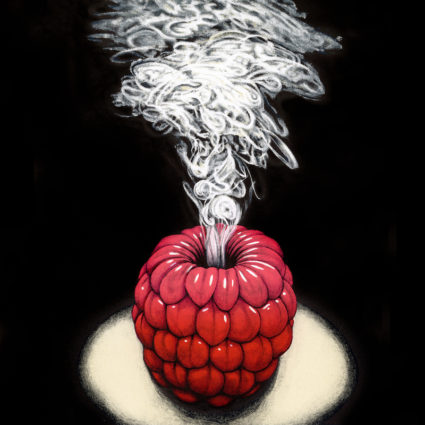 Bobby T. Lewis‘ sophomore release, Sweet Summer Spirit (EP), is a collection of five songs recorded and mixed on a 4-track cassette recorder over four days in October 2021. One mic for drums, a vintage telephone receiver for vocals, and a one-eyed kitty (who slept on the kick pedal while in use) made the experience extra special.

Originally intended for the acoustic guitar, these songs were written a couple of years ago with much introspection and sadness.

“After my family went to bed, I would get everything set up and write until I couldn’t hold my eyes open anymore. Surprisingly, the more tired I became, I felt much more prolific and less inhibited by my mind. A few of these songs were written within just a few minutes of one another. My thoughts would wander to the losses I’ve experienced over the years — trying to sort through things that I had never had the time to process.”

One of these demos, Fenwick’s Art of Dying, was released on his debut EP, Mighty Was Your Light. Despite plans for another acoustic record, impromptu bass guitar and drums fated them to be captured in blissful, super lo-fi joy.

“My family had to leave town for a few days, so I turned our house into a studio and made the record without the luxury of a computer. I stopped recording when I ran out of time, mixed the tunes in a day, and that was it. After two years of playing these songs over and over, striving for perfection, I threw away all preconceptions and just went with it. Drums and bass guitar were added at the last minute, songs were rearranged, and mistakes were embraced. If you listen closely, you can even hear a dump truck pulling in front of our house. It was a freeing experience and a humbling reminder that the moment is all we have. Life is good.”