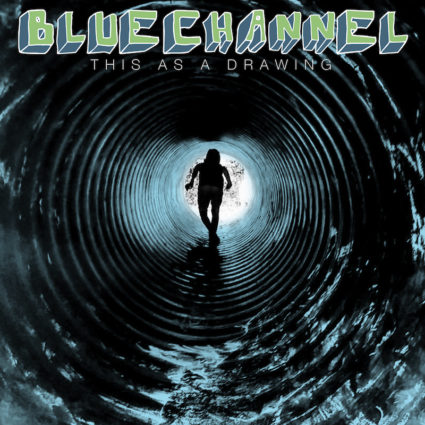 Bluechannel - This As A Drawing

Mint 400 Records is excited to introduce a staple of the NJ indie scene of the late 90’s, Bluechannel,  and presents the previously unreleased album This as a Drawing. After a hiatus in the mid-2000’s that resulted in a change in the original lineup, Bluechannel returned to the recording studio with a fistful of songs, that while showing their progression as a band, reinforced their ability to remain true to their unique post punk sound. This compilation of twelve songs is an introduction to the more mature version of Bluechannel as they were in their second decade of existence while putting together this release. As the last of Bluechannel’s previously recorded work from their 1992-2008 existence this is a precursor to new recordings the band is working on.

“Debut album from the New Jersey Emo/Indie-Rock five-piece Bluechannel, one of America’s best-hid secrets. Their sound is quite hard to nail down, I guess if you were to combine Samiam, The Get Up Kids and Penfold you wouldn’t be to far off the emotive rock that Bluechannel produce.” – Drowned In Sound 10/10

“Since forming in 1992 Bluechannel has led a torrid existence. In 1998, after a year and a half long breakup, the quintet resurrected itself, making the post-punk world a better place once again. Sometimes internal conflict and breaking instead of bending can stimulate young rock bands. Bluechannel proves that point with a cat-scratch, double axe attack, fevered drumming and clearly enunciated vocals, recalling some Board-certified indie rock version of the Foo Fighters. These Jersey boys know how to rock, emanating a rowdy, twenty-something, blue-collar vibe. Lookin’ At Life Through Dirty Glasses releases far more pent –up aggression than a marathon drinking session after a stressful work week” – CMJ