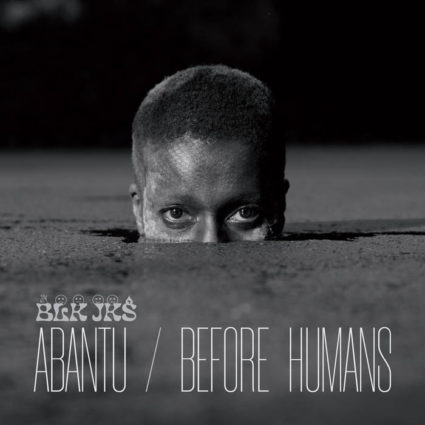 “Few, if any, bands mine this intersection of styles as well as BLK JKS does here, offering a startling tribute to their musical roots and fascinating apocalyptic visions of the future” – Under The Radar

“It has been 12 years since the far-reaching South African band Blk Jks released its debut album, “After Robots”; it has returned with “Abantu/Before Humans,” which it describes, in part, as an “Obsidian Rock Audio Anthology chronicling the ancient spiritual technologies and exploits of prehistoric, post-revolutionary Afro bionics and sacred texts from The Great Book on Arcanum.” Blk Jks draw on music from across Africa, including South African choral traditions and West African guitar licks, along with psychedelia, funk, jazz and a fierce sense of political urgency. “They’ll never give you power/You’ll have to take the power” they chant to open the song, heralded by a barrage of drums and pushing into a syncopated thicket of horns and voices with a burst of acceleration at the end.” – JON PARELES (New York Times)

“A prequel to 2009’s amazing After Robots … What occurs when you listen to Abantu is that it is an Old Testament support to After Robots – where that album prophesied Afropunk, this album suggests the roots to that moment, an engrossing journey of Afrobeat, fuzzy yet hugely suggestive drone and psych textures, and a bristling sense of both pride and critique that sings through.” – The Wire

“… Spectacular: the coming together of past, present and futurist Afro-diaspora sounds, to explore their homeland’s cultural legacy … An exhilarating, energised return.” – Mojo (****)

“[BLK JKS‘] return with Abantu/Before Humans, recorded in a three-day rush, is both welcome and improbable. The fidgetiness of their sound persists, but with moments of melancholic beauty … BLK JKS were always the most acoustic, traditional Congotronics band, with a much more subtle aural assault than Konono No. 1; but here their sound is souped up with electronics … when they hit their hypnotic groove, with buzzing drums and sharp kalimba patterns, they remain untouchable.” – Financial Times (****)