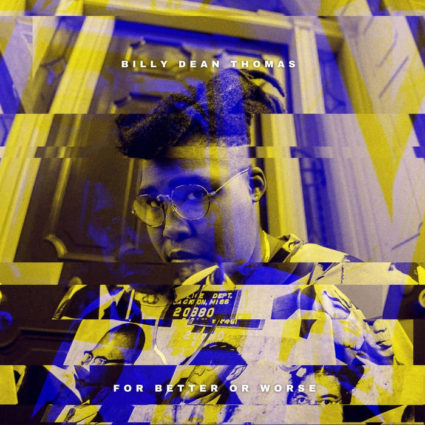 “Boston-based hip-hop artist Billy Dean Thomas performs “Stressin & Flexxin” live at GBH for Front Row Boston’s first-ever socially-distanced session. 2020 breakout artist Anjimile joins on guitar. Thomas grew up in Harlem and moved to Boston in 2016. In 2018, they released the EP Rocky Balboa with the hit single “Tina Turnup.” Since then, Thomas has made great strides in the city through performances, collaborations, and several Boston Music Awards nominations. For Better or Worse, Thomas‘ new EP challenges the music industry with polyrhythmic flows that cover intersectional feminism and social justice” – NPR/WGBH

NPR Slingshot: How Boston’s LGBTQ+ Musicians Are Making Space For Each Other

Billy Dean Thomas, AKA “The Queer B.I.G” is a Hip-hop recording artist and producer born and raised in Harlem, but currently residing in Boston. Billy Dean challenges the music industry with quick witted punchlines that highlight intersectional feminism, social justice and growing up in a gentrified city. Recently named one of NPR’s 2020 Slingshot Artists to Watch, Billy Dean Thomas has been described as a blend between “Run The Jewels and Rage against the Machine.” After sharing their story on ABC’s the View their debut single “Rocky Barboa” was featured in “Knocking Down the Fences”, a documentary about AJ Andrews, the first black woman to win a Rawlings Gold Glove. Since then they have been nominated for four Boston Music awards and were recently featured as a songwriter for a grammy nominated album, titled “The Love” by Alphabet Rockers. They have been featured in the Boston Globe, WBUR, WGBH, and have performed at venues such as The House of Blues, Grand Point North Festival and Spotify.