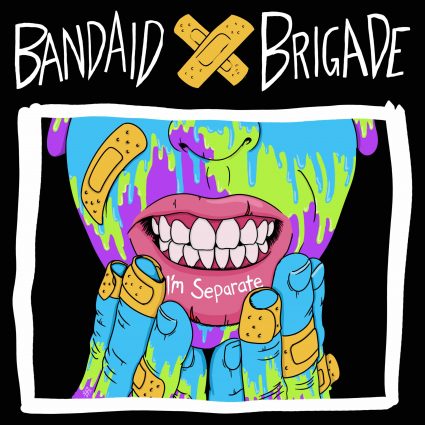 “As musical genres burn up like Goodyears on a Camaro, Bandaid Brigade are hitting the gas on a Z28 straight out of 1982. They’re bringing a different punk rock idea—emphasis on rock—to the streets in the form of their debut release, I’m Separate.”- New Noise Magazine

Recorded at Black in Bluhm Studios in Denver, CO, and co-produced with Fogal, the album finds the members of Bandaid Brigade stretching beyond their collective punk roots with ambitious songwriting, polished arrangements, and a throwback sound that draws some detectable influences from early progressive rock, a heady mix of Springsteen’s attitude, Elton John’s artistic balladry, and classic pop-rock disco grooves echoing ABBA and Earth Wind & Fire.

Bandaid Brigade says: “It’s quite possible that this is the best album ever made. We hope you like it as much as we think you think we think we do.”