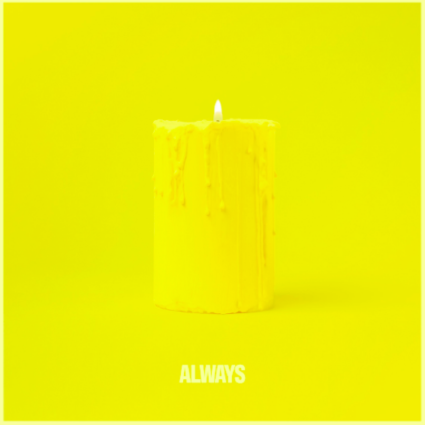 To close off 2020, we wanted something powerful and uplifting. “Always” was inspired by the Always Keep Fighting campaign, a group dedicated to battling depression. The song follows the same theme. This topic resonated with us because so many people in our generation face these struggles. I channeled many of the emotions I dealt with while battling the autoimmune disease to drive the lyrics. It is about never giving in to despair, persevering, and leaning on those around you for support. We hope this anthem helps encourage whoever needs inspiration to always keep fighting whatever it is they are facing.

“We wrote most of our debut EP, ‘Always,’ in the fall of 2019 coming off of major changes in our team and personal lives,” shares vocalist Avery Silvernagel. “The songs reflect the feeling of breaking out of the rut I had felt trapped in before and the sense of optimism I had (and still have) for the future.” Avery continues, “Because of this, the EP is high energy and radiates positivity and hope. We’re thrilled with how the project turned out and can’t wait for our fans to hear it!”

Band Of Silver—made up of Avery Silvernagel (vocals), Alex Silvernagel (guitar and vocals), and Evan Silvernagel (drums)—are a breakout sibling trio out of Nashville. Their music blurs the lines between vintage rock, 80’s new wave, and modern pop, and their explosive, electrifying performances hint at everything from Def Leppard and Madonna to Weezer and Panic! At The Disco.

Their debut EP, Always, due out on December 2, is Band Of Silver’s first collection of polished studio material. The EP showcases Band Of Silver’s youthful exuberance, while at the same time reflecting the trio’s remarkable maturity and restraint. The songs tackle heartbreak and disappointment with hope and perseverance, offering up timely testaments to the power of faith and the unbreakable bonds of family. Always faces down darkness with light at every turn, with Avery sharing, “When you’re going through hard times, you’ve got to keep fighting. We wrote these songs to remind ourselves of that as much as anyone else.”