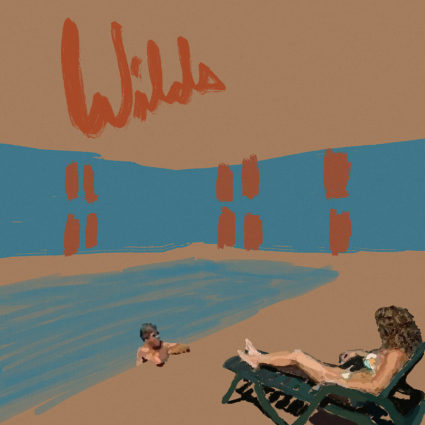 Andy Shauf is “a gifted singer-songwriter. More than that, a gifted storyteller” (NPR Music). Today, he announces Wilds, a surprise new album out this Friday, September 24th (digitally)/November 19th (physically) via ANTI-, that offers a peek into Shauf’s creative process and how the multi-instrumentalist first begins building his songs into more ornately arranged final products. Additionally, he presents a new song, “Jaywalker.” Wilds is a collection of nine songs culled from around fifty tracks recorded by Shauf during the writing of his widely lauded last album, 2020’s The Neon Skyline. Presented in a near-unfiltered form, the unstudied rawness of the songs on Wilds is a revealing look at Shauf’s mindset during the time he was writing Skyline. Though it’s not necessary to be familiar with The Neon Skyline to “get” Wilds, the album can certainly be interpreted as a companion piece to that record, a revisiting of the doomed lovers throughout various stages of their relationship. The songs are presented here in their most nascent shape – Shauf playing all the instruments, coming up with the arrangements on the fly, and recording it all himself to “a little tape machine” in his studio in Toronto.

All songs on Wilds were written and recorded closely together, during a period when Shauf became disenchanted with the idea of centering the Skyline narrative around one night at a bar. To shake off the writer’s block, he began experimenting with a different concept, penning songs about a woman named Judy. Shauf ultimately decided to return to his original plan, but the creative exercise was fundamental to what Skyline eventually became.

As first presented in “Spanish On The Beach,” hearing his songs pared back to the sparest of parts reveals not only how good a songwriter Shauf really is, but also how affectingly personal his songs are when his songs are unlatched from the mise en scène of a conceptual storyline. Today’s offering, “Jaywalker,” is a loping ballad that nominally tells the tale of a person not looking where he’s going while crossing the street and, by song’s end, waking up alone in a hospital with a dream of Judy driving a car, and no idea what the hell happened. But peer a bit deeper and you’ll find that Shauf is exploring a far more existential theme: the experience of the lost soul meandering through life (“Hanging around town never looked good on you”), the low-level level depression so common as to be invisible to everyone around (“All of your friends started wondering why/ You were choking back tears at an easy goodbye”) and the ways, both good and bad, that life can broadside you when you least expect it.

Ultimately Wilds is not only another spin on the barstool at the Skyline—this time a bit wiser, with a little more clarity—but a standalone chapter in Shauf’s own artistic narrative. The organic nature of the songs make the stories they tell feel truer to life as it’s experienced in the moment rather than via carefully edited words on a page or through the golden, unreliable haze of memory.