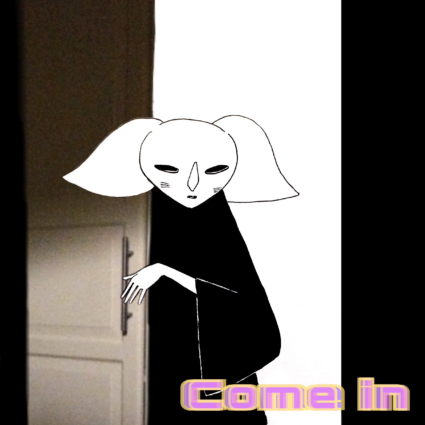 Weatherday is the bedroom noise-pop project of the mononymous Swedish artist Sputnik. While they have also found success with their side project, Lola’s Pocket PC, it is their cult-acclaimed album Come in that has garnered them a large and dedicated following through its raucous musical universe and serpentine sparklepunk stylings. Come in will see its first vinyl issue via Topshelf Records in 2021.

“Come in“, the debut album by Weatherday, is an unpredictable array of sounds and styles woven in such a way that is nothing short of chaotic and affecting. – Nick Matthopoulos for Atwood Magazine

Sputnik roars furiously here and is reservedly hushed there, hitting you with a wall of sound before dropping you off a cliff of silence, as the riffs cycle between twinkly and anthemic. – Grandma Sophia’s Cookies

“Come in” introduces its exposition with minimalist lyrics that reveal themselves like distant memories—the oddly familiar kind that dwells in dreams as if they were nostalgic déjà vus. – Marvin Dotiyal for ACRN