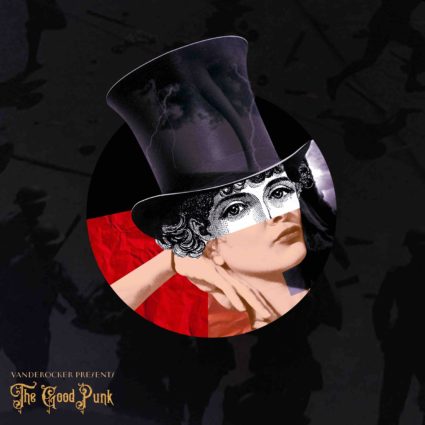 “sweeping, atmospheric rocker that is tinted with an intoxicating psychedelic sheen.” – The Deli

Vanderocker is the LA based indie rock/performance art project of Dutch-American Austin native, Adrienne Vanderocker, and is better known for some of it’s psych-desert tracks such as “Driftwood” (featured on the soundtrack for PS4/Xbox One/PC game Beyond Blue) and “Back For You”, and who’s 60’s throwback single, “Fly By in Slo-Mo” charted on the North American college radio circuit this year.

Vanderocker’s newest effort, THE GOOD PUNK, is not your typical indie EP release, as it features some very talented contributors that helped writer and lead singer Adrienne mold her special brand of psychedelic rock with 60’s and 90’s influence. This EP features Federico Pol Jr. who played with Joe Cocker, Fleetwood Mac, Tina Turner, and more, Peter Holmström of The Dandy Warhols, Chris Kuffner who’s played with Ingrid Michaelson & Regina Spektor, Brendan Bond who has played with Black Pumas & Willie Nelson, and Andy Stack who has played with Wye Oak & Joyero. THE GOOD PUNK EP was largely written in Joshua Tree, and produced in LA and Portland with Brandon Eggleston who’s known for his work with The Dandy Warhols, Mountain Goats, Joyero, Wye Oak.

THE GOOD PUNK is considered Vanderocker’s “Love Letter to Humankind”, with each track examining a deeper level of human beauty and follies alike. A music video for each track will begin filming in November (all covid precautions in full effect, of course) which will also become a short arthouse film to add to the catalogue of Vanderocker’s avant-garde creations. “In my mind, The Good Punk is a basic study of humans on different levels, almost from an Alien National Geographic kind of perspective, like a lab observation of humans in a petri dish, which is interesting in itself; but then of course, we have to look at how amazingly powerful humans can be when they disengage from the drama and plug into something bigger than themselves.’ I find comfort in all of it, when I can step back and observe us the way a newcomer might.” Says Adrienne of the project. This will bring together Vanderocker’s background as a performance artist and her kaleidoscopic music.