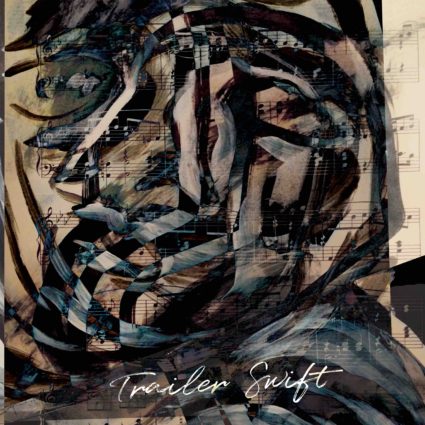 Trailer Swift - You Are Not What You Do

The debut album from Boston’s Trailer Swift features the bands experimental, genre bending style. 6 songs of progressive post punk tell a story of loss, change, redemption and growth creating a familiar yet hauntingly new sound. Through the lens of Trailer Swift you will experience a rollercoaster of writing that comes from their years of inspiration. Trailer Swift has been described by fans as Angular, High energy, Fugazi and At The Drive In.

You are not what you do was recorded in end of 2019 through the beginning of 2020 just before the pandemic in the US hit. Although these songs were written about experiences prior, they now take on a new meaning when heard in our current environment. The song “Raise the Dead” in particular, was written about fighting outdated ideas and standing up to ignorance, but now rings truer in context to the loss we have all faced.

Trailer Swift embraces experimentation and this first release showcases that in each song. With an all band contributes attitude of writing they are capable of flipping switches and stitching their ideas into fully realized songs. You are not what you do is a trip down a winding path of rock and roll.