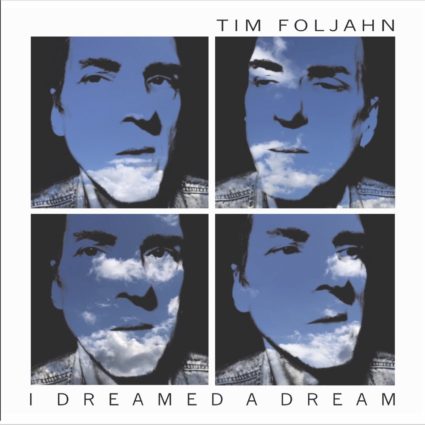 Tim Foljahn - I Dreamed A Dream

It’s not a dream — after more than five years, Tim Foljahn has returned with a stunning new solo album, I Dreamed a Dream. His decades as a highly in-demand guitarist — in the studio and on-stage — all the while perfecting his own songwriting — are crystalized in this record. Foljahn’s songcraft, guitar expertise, and seamless genre changeups are all back, but imbued with a new sense of depth and beauty. Lyrically, the dream of life is a recurring theme, along with disillusionment, and ultimately, resurrection. The album is a mature, vital work; Foljahn draws not just from his vaunted career in music, but also from the ever-shifting world around us.

I Dreamed a Dream reunites Foljahn with noted producer/engineer/mixer Tom Beaujour (Juliana Hatfield, Nada Surf, Jennifer O’Connor). Recording occurred off and on over the past several years at Beaujour’s New Jersey- based Nuthouse studio. (Cut Tim some slack; he was also earning a Masters in psychoanalysis, when not playing in Warden Caputo’s band on the hit show Orange Is the New Black). His distinctive guitar tone has graced records by Cat Power, Half Japanese, Thurston Moore, and many others, and Tim has performed live with greats such as Townes Van Zandt and Boredoms. For I Dreamed a Dream, Foljahn reconvenes with two of his longtime Two Dollar Guitar (his other project, with Steve Shelley from Sonic Youth) teammates: bassist/arranger Jeremy Wilms (TV on the Radio, Julian Velard, etc.) and the internationally renowned Danish/Spanish/New York vocalist Christina Rosenvinge, who’s had an album produced by Lee Ranaldo of Sonic Youth. (Rosenvinge is also a longtime outspoken critic of sexism in the music industry.) On drums is the sublime Brian Kantor (Fruit Bats, Vetiver). Oh, and there are strings, luscious strings. Wilms’ meticulous arrangements for Meagan Gould (violin/viola) and Danton Boller (double bass/cello) run parallel to one another, dancing in and out of formation. (continue reading full bio in download folder)