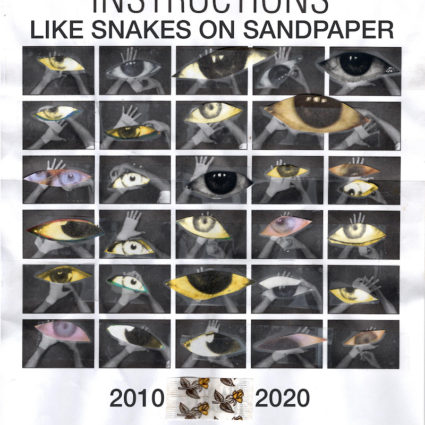 Sink Tapes was an alternative rock band from New Jersey active from 2010-2020. Over the years the line-up’s constant members included primary songwriter Gabe Chiarello (vocals, drums, guitar), Ricky Kuczynski (vocals, guitar) and Alex Kielmanski (guitar). The band released 10 full length albums along with a number of EP’s and singles on indie labels, primarily Mint 400 Records and Sniffling Indie Kids. They frequently played around the Tri-state area and toured semi-nationally for a number of years. This release is a collection of 25 songs compiled from their entire extensive catalogue over the past decade as a look back on their efforts.

“Like an extended audio drug trip, their sound is alternately blissful, sleepy and mildly disorienting. Their commitment to this potent aesthetic finds them effectively eschewing traditional pop song-craft in favor of mood.” – Pop Break

“It’s not just the sheer number of songs. It’s also the fact that Sink Tapes seem to realize that you can say everything you need to say in somewhere between 90 seconds and 3 minutes.” – Cool Dad Music

“Melodic, crisp tracks flow effortlessly, with touches of early 90s Alt-rock and late 70s pop sensibility. Modern rock elements anchor the groups sound and give their music a defining characteristic as not something repeated, but something innovative.” – Jeanne Crump | Gypsy Blood Music

“I can say with great conviction that Sink Tapes is a band too important to languish into obscurity… With sharp guitar riffs, delicate vocals, and easy paced drums, Sink Tapes produce strong, well-constructed songs that will definitely secure them a place in the future of indie.” – Raveen Lemon | Listen Before You Buy