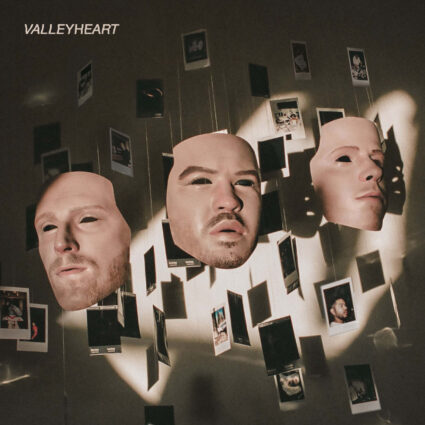 Southern California alt/rock artist Private Island inspires with their whimsical flair to songwriting, lyrical ingenuity inspired by ‘in-jokes’ and tales of good and bad times with friends. Organically forming in the summer of 2013, they united to form an alt/rock realm of tunes with current front-man Christian Lum, Tommy Nickerson, and Cameron Anderson.

Their forthcoming Valleyheart EP gives a sense of that playful spirit; reverberating with boisterous percussion, energetic guitar riffs and hazy vocals that listeners have come to adore. Showcasing the band’s true vision and identity, the release covers a wide spectrum of emotions and experimentation, with the end sound evolving into something unexpected. Speaking on the EP, they reveal, “The first sounds you hear on the EP are pretty ethereal.” With tracks that lend themselves to a selection of scenarios, they continue, “I think there’s a couple that are hypey tunes for on the way to a party, and other tunes for leaving the party.”

Valleyheart was entirely self-written, produced and engineered in band member Lum’s home studio in Sherman Oaks. Their focus track “Natural” was originally written in 2017 during a trip to Big Bear, CA with producer Bob Curtin, with the band sharing, “Unlike many others, the demo stood the test of time and made it to the writing room for the new EP, Valleyheart. We initially struggled to write the lyrics, so to remedy that, we brought on our Ex-Tour Manager/Buddy, Andrew Sedo as a co-writer. After many renditions, the song was ultimately written about dead weight and the relief felt once shed.”

Furthering their euphonious energy with lyrical bliss, Private Island didn’t just stop there. Their latest EP offers seven tunes of authentic and rather unapologetic alt/rock. Displaying their unique creative narrative with “Your Call”, a tune about the unavoidable helplessness of losing a job, and “Trippin”, describing the rather hilarious tale of a carefree roommate, Private Island’s diverse and quite unique musical capability creates contagious chemistry like no other.