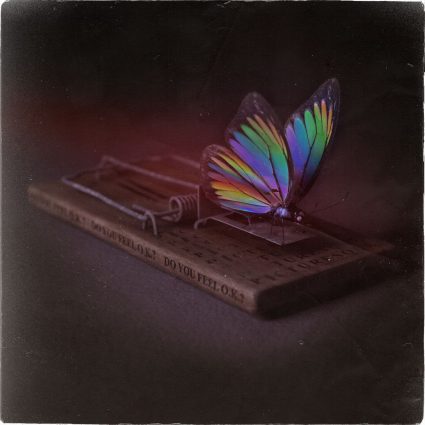 Picturesque - Do You Feel O.K?

“ATTN: is one of their more outgoing tracks and has one of the tightest guitar solos guitarist Dylan Forrester has put out to date.” – AltPress Premiere

“Do You Feel O.K? is fully loaded with insanely catchy choruses and hooks, backed with fierce guitars and bass, and compelling drums and beats.” – Distorted Sound (9/10)

In 2020, the concept of genre is almost meaningless. Those leading the charge in the alternative scene––Halsey, Twenty One Pilots, Bring Me The Horizon, Yungblud––are blurring the lines like never before, colliding guitar-based music with pop, electro and hip-hop and creating sounds that defy expectation. Kentucky natives Picturesque are another such band intent on doing things differently. Born out of a post-hardcore scene that’s often characterized more by aggression than accessibility, the five-piece steadfastly refuse to be boxed or pigeonholed, and they’re set on embracing musical tropes not traditionally associated with heavy music.

“Quite frankly, I don’t care if people call us a rock band or not,” vocalist Kyle Hollis says. “The genre of the songs we make doesn’t matter to us; in fact, I’d go as far as to say they’re genreless–nothing we write is formed in the traditional way. If something works, we roll with it, and that makes the music abstract, off the wall and, more than anything, exciting.”

There was certainly a good deal of excitement when Picturesque burst onto the scene with debut full-length Back To Beautiful in 2017. It was an album that introduced the band’s unique approach to songwriting and blend of heavy rock with pop sensibility, whilst it also showcased the star quality of frontman Hollis, whose impressive vocal range and melodic delivery enhanced the potency of Back To Beautiful’s songs. Three years on and following successful tours with Escape The Fate, Silverstein and Tonight Alive, Picturesque are back with new album Do You Feel O.K?. But whilst their distinctive musical approach remains, as Hollis outlines, there’s much about this album that’s very different to what’s come before.

“The first record was our take on 2009 post-hardcore, whereas this album is something new, and it’s a style of music I’ve not heard anyone else make,” he states. “Approaching Do You Feel O.K?, we reached a point where we just thought, ‘F*ck it, we’re not going to box ourselves in––we’re going to focus on writing killer songs, no matter what they sound like.’ You can hear that attitude throughout the record.” (continue reading full bio in download folder)