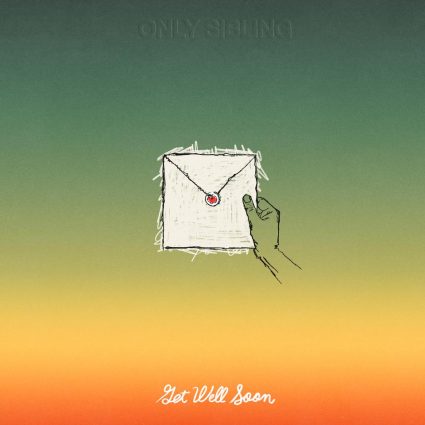 Only Sibling - Get Well Soon

Get Well Soon is the note-perfect aforementioned album offering from the self-dubbed NYC “Loser Rock” band. The collection finds them expertly walking the line between a ’90s Chapel Hill sound, modern emo’s more propulsive and rambunctious instincts, shoegaze, and something altogether unique and decidedly theirs. – NO ECHO

Only Sibling’s debut full-length Get Well Soon has an introspective self-awareness that sets it apart. Striking a balance between volume and subtlety, aggression and melody, the album explores the challenges of pursuing a passion while trying to maintain the many other aspects of life.

The members of Only Sibling—Alex Basovskiy (vocals, guitar), Jordan Torres (guitar, vocals), Damian LaRocco (bass), and Alex Allen (drums)—met in high school and bonded over their shared love of ‘90s alternative, shoegaze, and emo. Bringing those influences together to make something distinctly their own, they soon released Only Sibling’s 2016 debut EP, What Keeps Me Up At Night. The EP opened the door to signing with Other People Records and the band began pouring themselves into the new material that would become Get Well Soon.

The band recorded the album in Fort Collins, Colorado with producer, engineer, and Gleemer mastermind Cory Coffman, whose ability to blend shimmering atmospherics with cathartic volume paired perfectly with their evolving sound. “We all love ‘90s rock and we wanted to make things a bit more streamlined with this record, but we also wanted to incorporate that shoegaze-esque guitar sound,” Basovskiy says. “Cory got that vibe immediately and made it really easy.”