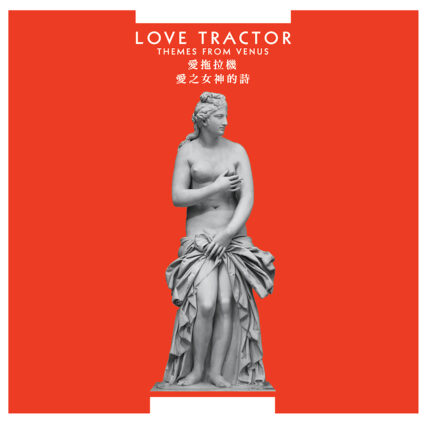 The band’s goal for Themes From Venus was simple. “Themes was meant to work as a whole, to be listened to as one piece of music,” Cline says. “We were very much digging back into our high school years, where an album communicated much more than bad production and a couple of singles. We really wanted the album to function like Bowie’s Low, with a rock side, and then a more aesthetic side. But one hitch was we couldn’t time the record (vinyl) so that Venice was on side A with all the rockers. We’ve fixed that with the CD rerelease.”

Indeed, Themes From Venus flows nicely from beginning to end. The first half offers up some great rockers, from the surreal opening track, “I Broke My Saw” through the psych-rock of the title track and the catchy-as-hell “Satan’s New Wave Soul Losers.” The second half finds the band diving into headier waters, where neo-Robert Fripp-styled guitar and pop-rock blend together on “Crystal World,” while the driving, hypnotic rock of “Venice” can’t help but charm the listener. Themes From Venus is a loud tribute to various rock stylings, sounding both seemingly familiar and yet foreign and new.