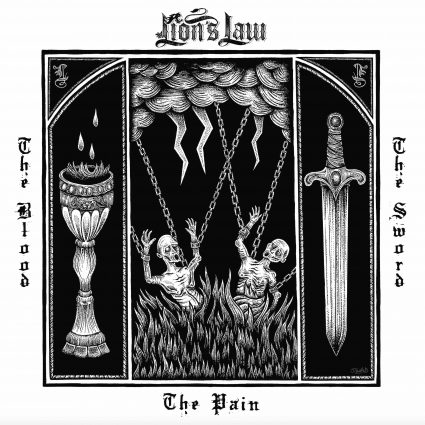 Lion’s Law - The Pain, The Blood, And The Sword

If there is any album for any band that should be released on as many labels as possible, it’s this one. And this band. Lion’s Law have for years made themselves part of the scene, in scenes across the globe. To say they are part of the fabric of punk rock would be putting truth to fact.

This new album perfectly illustrates the powerhouse that they have become, and the way that they are reaching out beyond their traditional skinhead/Oi! comfort zone to include a much wider and diverse audience. What they’ve managed to do is opening eyes and ears across the world, and doing so without isolating the swarms of fans, labels and supporters who have elevated them to where they are now.

The songs are nothing short of brilliant, and fitting for the momentum and pent up energy percolating in this camp! On the back of this record, these fearless Frenchmen will see the world in a new light, playing to bigger crowds and making new fans wherever they go!

These guys are the life of the party, and on stage, truly a force to be reckoned with.

Pick up The Pain, The Blood, and The Sword now and hear it for yourself – this is the real deal!