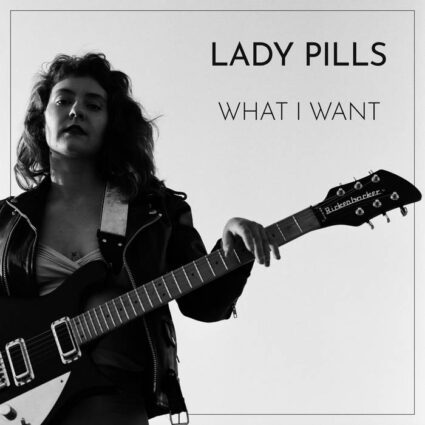 Lady Pills - What I Want

Boston-based songwriter Ella Boissonnault (she/her), aka Lady Pills, spent the first half of her 20s figuring out that soft is strong and honesty isn’t rude, and now she’s ready to share that revelation with the world. What I Want, her new album, comes out on February 11 on Plastic Miracles––the label started and run by Elise Okusami from Oceanator.

Written and recorded over the course of several months last year, What I Want is a collection of endings, grief, and trauma, but told through the lens of someone who gained the autonomy and confidence to push through anyway. “I hope this record inspires the same for anyone who hears it,” Ella explains. “What I Want serves as a painter’s canvas or a room full of tools that the listener can do what they want within.”

Much like some of her biggest influences––Angel Olsen, Sleater Kinney, and Liz Phair––Lady Pills is all about being loud, taking up space, and saying exactly what you mean.

With roots in Northern Virginia’s DIY scene, Boissonnault learned the importance of supporting your local music community, so when the time came for her to relocate to Boston in 2014, she immersed herself in the city and Lady Pills was born. It’s a project that’s pushed her to write in different ways, viewing her guitar as its own voice instead of just support for her songwriting.