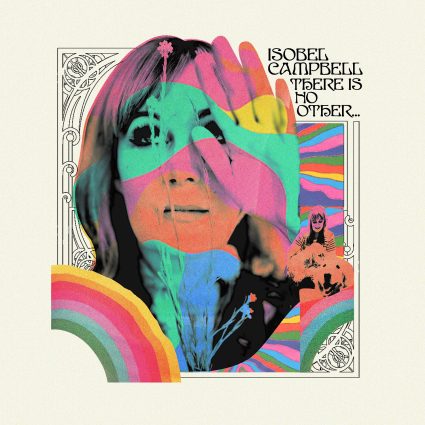 Isobel Campbell - There Is No Other

“The main thing with this album was to find my own voice,” says Isobel Campbell. “A record without reference points. Any influences were sub-conscious. Even if what came up was strange or odd, it was just me.”

After a prolonged absence and major changes in her life, the Glasgow-born singer-songwriter and cellist has made her freest, finest album yet in There Is No Other, 13 tracks of hook-driven melody across a wide spectrum of subtle, alluring arrangements and moods, from intense to mysterious to carefree, topped by her trademark gorgeous soft-spun voice. “One word I had in mind for this record was, ‘psychedelic’, Campbell says. “A dreamy, otherworldly feel.”

Take the lead single, ‘Ant Life’; shimmering folk-pop with woozy synths over a metronomic pulse with decorative handclaps. Or the forthcoming second single ‘Hey World’, a silken southern-soul odyssey that builds to a soaring, gospely climax. Subconsciously or otherwise, each song acknowledges the different paths that Campbell has travelled down the years: the twists and turns, various guises and collaborations. There Is No Other is also a very grown-up record; a life has been lived. She’s not a 19-year old ingénue anymore.

That was Campbell’s age when she first emerged, as a founder member – and inspirational muse – of indie royalty Belle & Sebastian. Going solo in 1999, she called herself The Gentle Waves for two dream-folk albums before two more expansive records under her own name. But it’s 14 years since her last solo album, and Campbell’s much better known for the trio of albums (2006-2010) of brooding torchy Americana she made with America’s favourite grizzly crooner Mark Lanegan – a Beauty-and-the-Beast scenario turned on its head since Beauty was calling the shots.

Campbell subsequently moved from Glasgow to Los Angeles, got married to studio engineer Chris Szczech and got down to making There Is No Other. But whilst she has fought fiercely to control her own destiny, she’s met resistance from outside forces, most notably the label/legal complications that has held up the album for three years. (continue reading full bio in downloads folder below)