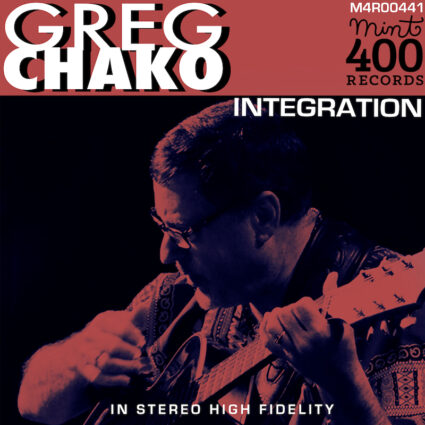 In a pro career spanning 35 years and five countries, Cincinnati-born jazz guitarist Greg Chako has released ten albums and been the subject of a documentary called, “An American Cat in the Lion City.” His most prolific period to-date as a recording and performance artist occurred while he lived in the Far East for 17 years, where he evolved into a masterful, expressive composer with rich story telling abilities. His varied arrangements and 50 recorded original compositions merge Mainstream, Hard Bop, Latin & World instrumental music. His music has spent time on the Jazzweek, CMJ and RMR Jazz Charts, including multiple Top Ten spots, and has consistently received critical acclaim from the Jazz community:

Professor Vince Lewis for Just Jazz Guitar, said his music, “Transcends geographic boundaries and cultures and communicates the happiness and friendship that all music should provide.”

Jazz Dimensions in Germany said his music, “Is full of nuances, integrating fusion, blues, and swing. His guitar shines as he creates a new style, breathing exotic jazz-ethno music full of spirit and solid musical foundation.”

Keith “MuzikMan” Hannaleck of Jazz Reviews said Greg’s recordings, “Are a jazz mosaic painted with the very best of culture, ethnic, and musical sensibilities. That striking combination provides a sumptuousness and extensiveness that is rarely found in any genre.”

In 2022, he signed with Mint 400 Records and Raining Music, their jazz oriented sub label. He hopes to exceed his past successes in Asia by releasing new albums through the label as soon as June 2022, and continuing at a rate of one or two albums per year.

Integration, session 1, utilizes a primary from-line of guitar, tenor sax, and trombone, and includes creative use of the Australian didgeridoo plus Latin percussion jams led by former Miles Davis percussionist, Steve Thornton. While the second session embraces a more fusion feel, with the selected use of electric piano, Tabla, and the Brazilian Surdo drum. Chako’s mainstay of swinging hard-bop is still there, but the way he blends the American drum, or “trap” set, with Afro-Latin percussion, Indian Tabla, and the Australian didgeridoo, is unique and refreshing. When was the last time you heard, if ever, the didgeridoo used in a contemporary jazz setting? Its use is most effective in Chako’s arrangements, enhancing the essential mainstream core of his compositions with an appealing “world” feel.