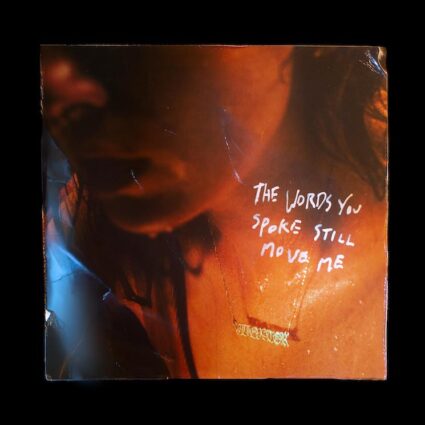 Ellevator - The Words You Spoke Still Move Me

“… offers plenty of different paths on which to embark, whether one favors the slinky, dark guitar rock of Spoon or the ever-changing sonic landscape of Arcade Fire” – The Line of Best Fit

“A sparkling piece of art-pop” – The Needle Drop

The band, which is comprised of Nabi Sue Bersche, guitarist, Tyler Bersche and bassist/synth player, Elliott Gwynne, will deliver on the promise of their self-titled 2018 EP with their long-awaited debut album. The record was pieced together across numerous locations but primarily while living together at The Bathouse (a Kingston-area facility owned by Canadian alt-rock legends The Tragically Hip) and comes off the back of earlier dates with Amber Run, BANNERS, Cold War Kids, Arkells and Dear Rouge. Across 12 tracks, it inhabits an emotional landscape that is both breathtakingly intimate and impossibly vast, documenting various experiences to turn universal (existential longing, romantic power struggles, the neverending work of true self-discovery) and highly specific (e.g., one band member’s journey in extracting herself from a cult) storytelling into a truly hypnotic body of work, giving rise to the kind of radiant open-heartedness that radically transforms our own perspective. Ellevator poses a fantastic ability to sculpt these mammoth, melodramatic post-rock and indie-rock soundscapes, somewhat inspired by the late-aughts sounds of Spoon, Metric, Interpol and Arcade Fire, as well as the stadium-ready sounds of U2, Kate Bush and Peter Gabriel. (continue reading full bio on download page)