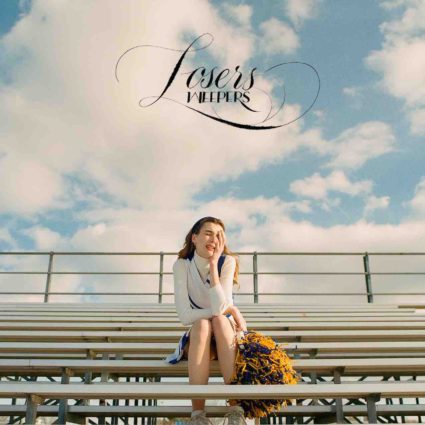 “[Babygirl’s] lyrics are deeply sentimental… Their choruses are killer, their atmospherics first-rate.” – Stereogum

“The band, comprised of Kirsten Clark and Cameron Breithaupt, give us tender melodies and vocals over a soft sounding guitar.” – Noisey

“Toronto continues to be a well of musical excellence and Babygirl is the latest gem to emerge from beneath the surface.” – Highsnobiety

“[Babygirl] have been making blue-tinged guitar pop songs that live at the extreme ends of their emotions — but in a cute way… The pink flush of Toronto duo Babygirl’s tender pop gives way to a darker center once you start digging into its lyrics.” – NYLON

“For Babygirl, love is like a demolition derby…the smooth, guitar-led track [‘Easy’] is about building something to eventually demolish for fun.” – Paper

“Few bands in recent memory have blended the raw and cinematic with such natural ease; Nirvana, Alabama Shakes, and Phoebe Bridgers come to mind as three examples of those who have managed to capture intense feelings in expansive, visceral sonic packages. Add to that shortlist Babygirl.” – Atwood Magazine

“Whether you’re going through it, or just having a night in your feels, you could never seem to go wrong with putting on Babygirl. They’ve been delivering some of the most heartfelt tunes we’ve heard in a while. And in 2021, they’re really delivering… and it’s only feeding the anticipation [for their upcoming EP]” – Ones To Watch