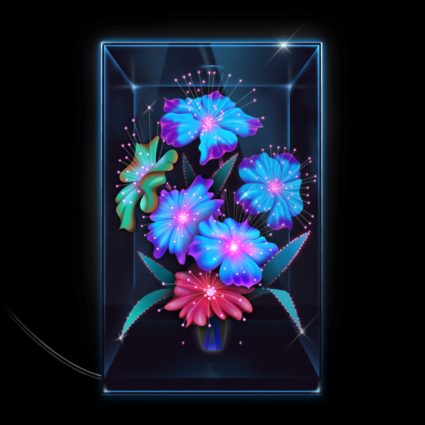 Stereogum: Album of the Week

“It’s a gibberish spaceship ride, high speed chase, birds and stars whirring around your head at the end of a cartoon fight” – Pitchfork

Xenia Rubinos has announced the highly-anticipated release of her third album, Una Rosa, on October 15 via Anti- Records. The announcement comes alongside a brand new single ‘Working All The Time.’ Xenia’s 2016 album Black Terry Cat re-wired the ears of many, leading the New Yorker to call her sound ‘rhythmically fierce, vocally generous music that slips through the net of any known genre.’ Since the release of that album, the New York artist has done anything but stop- between launching Xenia 2020, a series of vignettes featuring an alter ego that she called ‘the aunt of midday cinema, to a cover of The Clash’s ‘Should I Stay Or Should I Go’ which was featured in the documentary ‘I’m Leaving Now (Ya Me Voy)’, to multiple stand-out collaborations, including one with Helado Negro called ‘I Fell In Love’. She’s also released her own new tracks, the first of which being a shimmering double single DIOSA/ BUGEISHA, and most recently to the first three singles of Una Rosa– ‘Who Shot Ya?’, ‘Did My Best’, and ‘Cógelo Suave’- today, she releases the fourth: ‘Working All The Time’.

Una Rosa, Xenia’s first full length album in five years, was visually structured before all of the music was done- it’s a cinematic obra- an imagined night time space where you’re transported through the lives of various characters, all of whom are sonically painted in each track. ‘Who Shot Ya?’, for example, focuses around a rage-fueled grill-wearing woman and a caged little girl. ‘Did My Best’ revolved around a grieving party girl. And ‘Cógelo Suave’ focuses on a futurist jazz singer. The record is two-sided- the ‘RED’ A side, featuring tracks that are hot, aggressive, in-your-face fiery drama, and the ‘BLUE’ B side, which presents a more introspective yet expansive mood.

Sonically, the album is somewhat of a departure from her earlier work- rather than striving for pitch-perfect vocals and tight live instrumentation, she cut most of the vocals in a single take, only tinkering with them after the fact. She uses her vocals as a vehicle of exploration- using it to interpret the characters she’s created and expand beyond her own. It’s also the most electronic music she’s ever made- full of layered beats, a driving clave rhythm, bolero, flavors of 90s r&b, romance, tragedy, aggressivity, and emotional and theatrical vocals, its visceral variety inevitably transports the listener as they experience it.

Today she shares a new single off the red side of the album called ‘Working All The Time’, a song tinged with sounds reminiscent of 90’s R&B and hip hop, peppered with wet frenetic synths and foghorns that emulate an overzealous dj at the club. ‘It’s a 2-minute maximalist jaunt,’ says Xenia on the track, ‘it reminds me of a hot NYC summer’. The video that accompanies the track, directed and edited by Mario Rubén Carrión, encapsulates that (watch it here). A collage of sounds, Xenia sampled everything from her favorite Prokofiev ballet to a hidden karaoke bolero she sampled off an old episode of the TV show “Sabado Gigante”. The song melts into an interpretation of a traditional rumba ‘Ave Maria Morena’, which Xenia sings over a filtered backbeat. Lyrically, the song reflects on the maddening cycle that capitalism throws people into. ‘You better keep me poor and busy or I’d be a danger,’ she says in a verse, commenting on how the system is built to keep people struggling to minimize disruption and keep people convinced they don’t have power. Commenting on the pandemic giving people space to step back and realize that something wasn’t right, resulting in increased organizing. ‘All of that progress and thought and action that came about in this past year just goes to show you how much the people are capable of when they’re not exhausted and in a zombie-like state of work 24/7. People need rest in order to think and to organize. ‘

A lot of life happened between the release of Black Terry Cat and this album. The music, and her longtime musical partner, producer and drummer Marco Buccelli, kept her going, eventually leading to Una Rosa taking shape. It’s an album centered around a multi-layered audiovisual story and the characters it contains. A true expansion of what the world knows to be Xenia’s palette, it features some of the most complex and cinematic production that she’s done to date. Emotional, vulnerable, and spontaneous, Una Rosa is a journey that keeps the listener constantly anticipating the next turn.