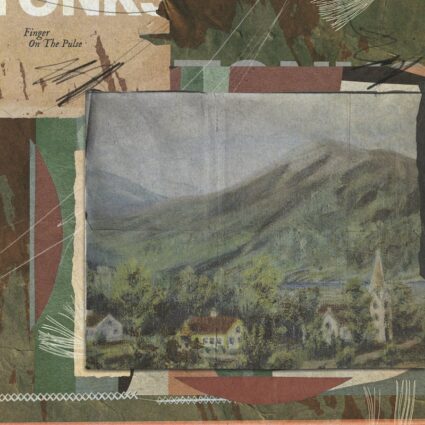 Tonks - Finger On The Pulse

Tonks is the dreamy indie-folk project of Ian Foley. The Philadelphia based musician began playing violin at the age of 4 and has been writing songs since he was 10. Originally founded in 2018, with the release of his debut LP Windows Down & Dying, Foley is returning to his roots this year with his sophomore album Finger on the Pulse.

Cutting no corners, Finger on the Pulse was written without the pressure of a studio deadline. Instead Foley took a year to write a record he felt gave every track the attention to detail it deserved.

Foley’s knack for storytelling paints vivid narratives for listeners to fall into. Rich with captivating storylines and warm tones, Finger on the Pulse often reflects upon the grounding power of nature. Listeners can hear this throughout the album, more specifically on tracks like “Recreate The Feeling” and “Spring Again”. Foley subtly reminds listeners that we are all connected to the planet in some way. Even when life seems overwhelming, it’s important to realize that we can take a step back and reflect on our most basic sense of self.

Tonks also pays subtle homage to his Norwegian heritage throughout the record. The album artwork features a painting done by his great grandfather, which displays his grandmother’s hometown of Farsund, Norway. Song titles “Fossegrim” and “Unnskyld – Meg” are also both Norwegian, one referencing ancient folklore and the other translating to “excuse me”.

Pensive, imaginative, and lush with creativity, Finger on the Pulse will be released on August 12th, 2022.

Finger on the Pulse features: