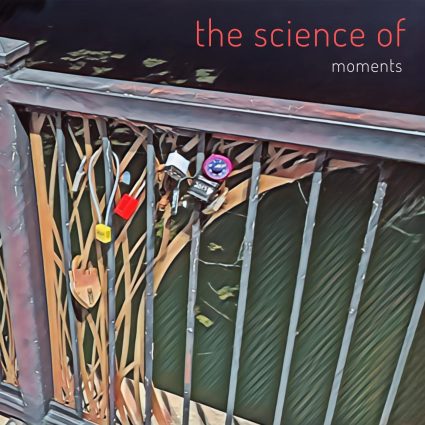 The Science Of - Moments [EP]

Joplin, Mo’s The Science Of are thrilled to release their Moments EP this fall. In many ways, this is a continuation of what started with their first release Everything, but it also shows the rapid growth of one of the area’s most electric bands. Besides being sonically heavier compared to their previous work, frontwoman Ashlee Henady has found her own voice and style.

Says The Science Of frontwoman Ashlee Henady about the EP: “We were just writing new material after performing live for the first time and we had so much pent-up energy from not playing due to the pandemic that we just sort of went for it and let the ideas flow. We decided to name the EP ‘Moments’ because we felt that each song captured a specific moment in time for us as a band as we were finding our identity.”

Bassist Jon Dillinger on what Ashlee brings to this EP: “Ashlee after one live performance became this force of energy and drama onstage. We knew she had talent, but it amazed us to see her transform into this dynamic performer. She brought that stage intensity into the studio and recorded a powerful set of songs for this EP.”

The Science Of are Ashlee Henady (vocals), Robert Combs (guitar), Jon Dillinger (bass) and Lucas O’Dougherty (drums). It has been two years since the band began at the onset of the pandemic when Robert Combs and Jon Dillinger started forming their ideas into what would become Everything. Lucas O’Dougherty would quickly join them and produce the record, but it wasn’t until the winter of 2020 that they would round out the project with Ashlee Henady. It took the band a while to get started as the world was caught in uncertainty with the pandemic. Everything was released May of 2021 and has helped garner the attention of local radio, venues, and acts.

The Science Of has become an appreciated yet formidable live act in their short existence, known for their high-energy performances that leave the audience begging for more. The band was featured on KSMU’s Studio Live on September 9th and will be booking shows across the Midwest for this coming spring to support the EP.