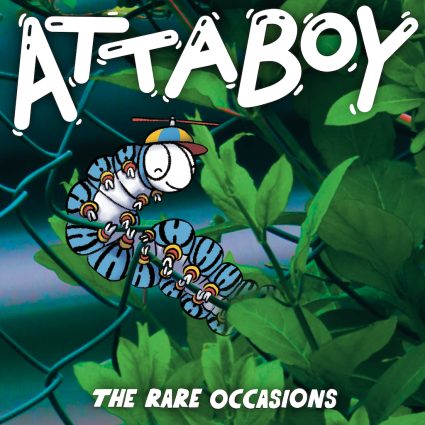 “Exhilarating garage rock…packed with infectious melodic hooks and catchy vocal harmonies, making it an instant earworm” – Ones To Watch

“With their sound and lead singer Brian McLaughlin’s voice, it can easily remind anyone of The Strokes or early Arctic Monkeys.” – EARMILK

Brian McLaughlin (singer) and Luke Imbusch (drummer) have been making music together since their early teenage years. They formed The Rare Occasions while attending college in Boston where they met Jeremy Cohen (bassist). Since then, the band have toured nationally, won the John Lennon Songwriting Contest, and released a vast catalog of music online.

In 2021 the band released their first album as a trio, Big Whoop, which received significant press and radio play. Around the same time, their 2016 track “Notion” went viral on TikTok and continues to make waves, topping Spotify’s viral chart in the US and several other countries, and later landing on Billboard’s alternative charts and top 100 singles charts in the UK, Ireland, and Canada.

The Rare Occasions released their new EP, Attaboy, on November 4th. The first single off the EP “Seasick” has already garnered the attention of radio DJs across the country including SiriusXM’s Alt Nation with the second single “Not Afraid” being an explosive follow up. The band looks forward to sharing their unique blend of hard-hitting riffs, danceable grooves, and ear-catching melodies with audiences across the US and Canada as they embark on their headlining fall 2022 TOUR (contact us with any requests)!