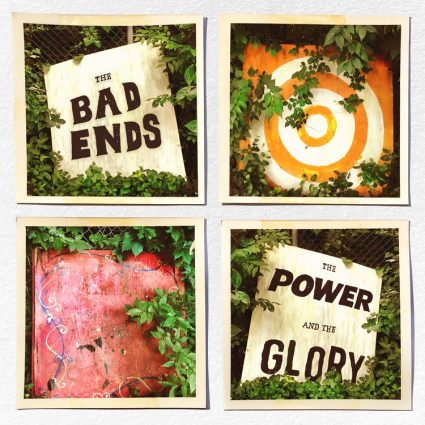 The Bad Ends - The Power and the Glory

Stereogum: “All Your Friends Are Dying” Video Premiere

“The Bad Ends qualify as an Athens supergroup, and not just because they include two local legends.” 9/10 Stars – Uncut Magazine

“… Turbo-charged rock for sweaty dives.” 3 out of 4 Stars – MOJO Magazine

“If getting REM’s Bill Berry back behind the kit wasn’t impressive enough, the debut album by Mike Mantione’s Bad Ends is excellent in its own right.” – Uncut Magazine

“One can only hope that The Bad Ends’ trajectory is only just beginning.” – American Songwriter

“…this is music that exists entirety in its own moment, not as part of the past.” 4 out of 5 Stars – AllMusic

“… a melodic wallop of a record and hopefully just the first page of a new chapter.” – Ticketmaster UK

“The Bad Ends are a bad-ass band. There isn’t any other way to say it… The Bad Ends are one of the great new surprises of this decade.” – Bentley’s Bandstand, Americana Highways