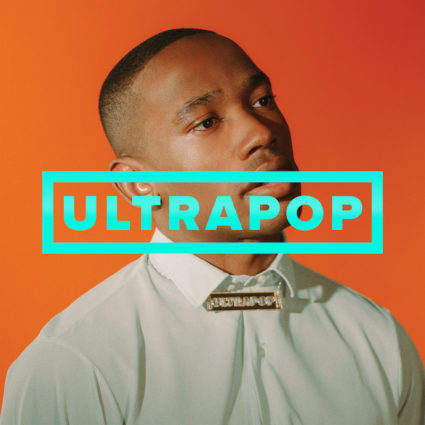 “The Armed are on an insane hot streak right now, and they’re about to release one of the best albums of the year.” – STEREOGUM, ‘ALBUM OF THE WEEK’

“a daring collection that mixes the fury of hardcore punk and the disorienting riffage of math rock with a dollop of accessibility that spices up the hooks without diluting their intensity. The shift is both delicate and profound, and it’s bound to convert the unconverted.” – VULTURE

“ULTRAPOP isn’t a traditional hardcore album, but it’s something arguably better than that: It’s fun.” – BANDCAMP

“What if Andy Warhol was really into Converge and CrossFit? That’s the logline, as the now eight-piece band attempts to reflect pop music and pop culture through the heaviest, most swole lens possible”.  – PITCHFORK

“they could be Eric Andre’s new house band” – FADER

“There’s always been a real drive at the heart of The Armed, one that feels better realised than ever on ULTRAPOP, a record that strains with every fibre to drag hardcore music into territory the scene has never come close to breaching before.” – THE QUIETUS

“The Armed are a hardcore band in the way tomatoes are a fruit.“- ENTERTAINMENT WEEKLY

The Armed have released their deeply anticipated ULTRAPOP LP available now via Sargent House. The album reaches the same extremities of sonic expression as the furthest depths of metal, noise, and otherwise “heavy” counterculture music subgenres but finds its foundation firmly in pop music and pop culture. it is a joyous, genderless, post-nihilist, anti-punk, razor-focused take on creating the most intense listening experience possible.

The album features work from Mark Lanegan and Queens of the Stone Age guitarist Troy Van Leeuwen, and is the first album co-produced by the band’s own Dan Greene in collaboration with Ben Chisholm (Chelsea Wolfe). Kurt Ballou remains at the helm as executive producer. Chris Slorach (of METZ) is now a full time member.

The Armed make some of the most thrilling visuals in all of music and the ULTRAPOP rollout was no different. The first “Single “All Futures,” explicitly reveal this album’s band member lineup for the first time. “Average Death” featured break-out star Clark Huge, flame throwers, and a colorful cast of characters in incredible wardrobe and makeup–it’s a surrealist, pastel-colored vision of the future of pop. And finally “An Iteration” featured a voice-over and cameo from one of the most recognized voices in video game history, David Hayter — the legendary voice behind Solid Snake in the Metal Gear Solid series — the video watches the band’s Dan Greene as he comes to terms with the fact that The Armed may only exist in his head.