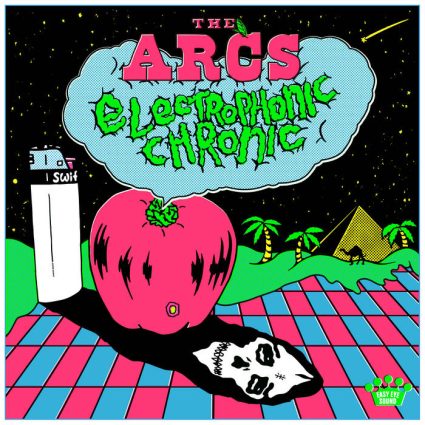 Glide Magazine – Most Anticipated New Albums Of 2023 So Far

UPROXX – The Most Anticipated Albums Of 2023

The Arcs have unveiled the latest preview from their forthcoming album, Electrophonic Chronic (out January 27 on Easy Eye Sound/Concord), with new single, “Eyez.” Originally written with each member of the group – including the late Richard Swift – contributing in 2015, “Eyez” serves as a profound examination of what we share with the world, and conversely, what we keep hidden in plain sight. Anchored by the sublime vintage synthesizers of Leon Michels, the lyrics of his co-producer Dan Auerbach mull the many roadblocks in the way of honest communication, even – perhaps especially – in our closest relationships.

Many of these sentiments are pulled from the group’s first-hand experience losing their own musical brother gone too soon: “There’s a lot of mystery to most people,” explains Auerbach. “You can work with someone for years and there will be things about them that you never know. Everyone has parts of their story they might not want written.”

The Arcs have previously shared singles, “Keep On Dreamin'” and “Heaven Is A Place” from the new record, to universal excitement from NPR Music, Rolling Stone, Pitchfork, Billboard and many more. Guitar World has celebrated the early singles for their “beguiling, eccentric and catchy” nature, while Brooklyn Vegan praised the “dreamy, groovy” arrangements within. Electrophonic Chronic takes its inspiration from the band’s mutual obsession with recording and crate-digging, notably for vintage soul, old school garage and the space age pop of the 1960s. The collection follows The Arcs’ 2015 debut Yours, Dreamily, and features the band’s full original line-up of Dan Auerbach, Leon Michels, Nick Movshon, Homer Steinweiss and Richard Swift.