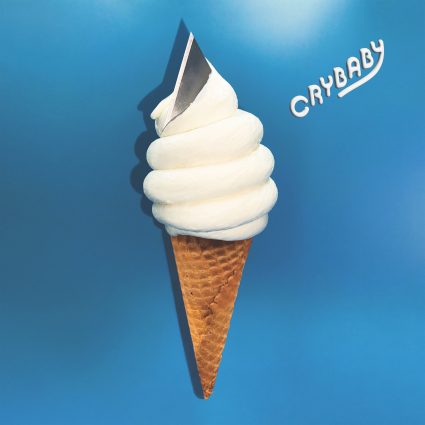 Canadian duo Tegan and Sara will release their 10th studio album, Crybaby, on Oct. 21 as part of their recently announced new deal with Mom+Pop Music.

Crybaby was produced by John Congleton (Angel Olsen, Sharon Van Etten), Sara Quin and Tegan Quin and recorded at Studio Litho in Seattle and Sargent Recorders in Los Angeles. “This was the first time where, while we were still drafting our demos, we were thinking about how the songs were going to work together,” says Tegan. “It wasn’t even just that Sara was making lyric changes or reorganizing the parts to my songs, it was that she was also saying to me, ‘This song is going to be faster,’ or ‘It’s going to be in a different key.’ But Sara effectively improves everything of mine that she works on.” Sara adds with a laugh, “Maybe I am the renovator. I’m the house-flipper of the Tegan and Sara band.”

With nine studio albums to their credit and millions of records sold, Tegan and Sara have used music as a way of storytelling throughout their 20-year career. With that storytelling at the core, they have built a multi-faceted media empire that stretches into TV, books, newsletter and public service, but always deeply rooted in music. Tegan and Sara recently launched “I Think We’re Alone Now,” a Substack newsletter that includes both free and paid-tier content, spanning audio and text-message conversations as well as essays, lyric annotations and behind-the-scenes looks about their upcoming projects. Tegan and Sara have received three Juno Awards, a Grammy nomination, a Governor General’s Performing Arts Award and the 2018 New York Civil Liberties Union Award. Outspoken advocates for equality, the duo in 2016 created the Tegan and Sara Foundation, which fights for health, economic justice and representation for LGBTQ girls and women.

Also on the horizon is the middle-grade graphic novel duology Tegan & Sara: Junior High and Tegan & Sara: Crush, written by the twins and illustrated by Eisner Award-winner Tillie Walden.  The contemporary story is about identical twins growing up and growing apart, coming to terms with their queerness and falling in love with music over the course of junior high. The first volume is due for release in spring 2023.