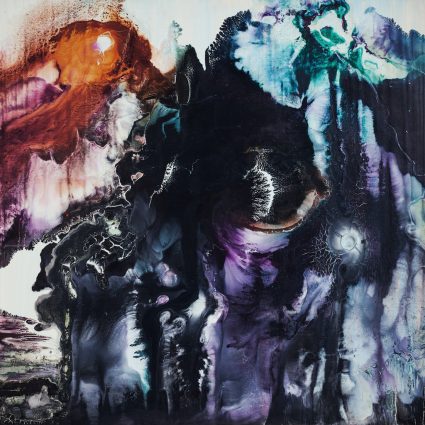 Wildly inventive and utterly hypnotic while filtering the pair’s bold vision and virtuosic musicianship though the brash, DIY ethos of an underground punk band, ‘SMUG’ contains live horns and dreamy guitars that brush up against lush synthesizers and propulsive beats in each of the album’s 19 immersive, instrumental tracks, clocking in around the two-minute mark.

Though the band consists solely of Granfelt and Martel, the two make generous use of samples and guest spots, inviting some of their bandmates in the Seattle collective High Pulp to join them for tunes in addition to welcoming unplanned new collaborators like saxophonist Donny Sujack, who appears on several tracks.

“Donny was a friend of our housemate’s who came to stay us while we were in the middle of recording,” recalls Granfelt. “We’d never met the guy, but we heard he played sax and just asked him if wanted to jump on some tracks, which I think really encapsulates the loose, DIY spirit we approached this whole project with. No matter what we had in mind when we started a song, we always tried to stay open to exploring the moment and being receptive to whatever the universe presented us with.”

As brief as these tracks are they still manage to pack a narrative punch, refusing to settle for simple scene setting and instead utilizing a wide range of melodic and rhythmic tools to create entire story arcs in 120 seconds or less. There’s also something perpetually unsettled about the music—sometimes it’s a dissonance or cacophony that craves resolution, sometimes it’s a groove that resists fitting neatly into any recognizable time signature—and that’s by design. Nothing is sacred, nothing is precious. Like Johnny Greenwood scoring a David Lynch videogame, ‘SMUG’ is at once beautiful and unnerving, hyper-focused and surreal, challenging and transcendent.

“We’re trying to embrace a certain amount of discomfort with the music,” explains Granfelt. “Whether it’s the unexpected tonalities or the abstract song structures or even just the raw approach we took to recording, we’re committing to everything we do in such a way that by the end of the experience, it all feels right and cohesive.”

“We have a bit of a telepathic thing going on where we don’t even need to speak to communicate at this point, either” adds Martel. “With sunking, there are fewer filters between us and the music.”