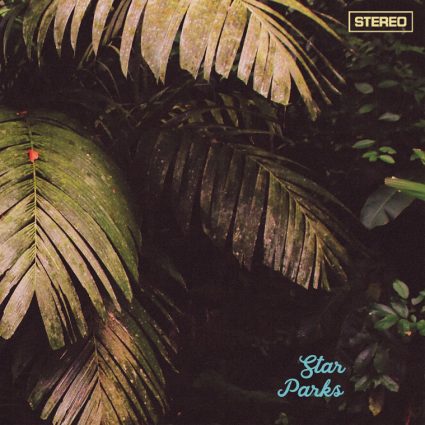 “Having grown from a solo act to an expansive, multi-piece orchestra, Star Parks offer listeners a sophisticated, soulful pop sound that lands somewhere between Roxy Music and Saturday Looks Good yet carries a particular combination of starkness and buoyancy. If these are the sounds of late capitalism, at least we can shake our groove thing as the chairs shift on the deck, and the water rises. If we’ve seen this movie before, we at least know that the band plays on.” – POPMATTERS

Star Parks is hard to pin down. Since the release of their 2016 debut Don’t Dwell the band has grown into a 7 piece mini-orchestra, a far throw from its beginnings as a solo act of the group’s principle songwriter, Andy Bianculli. Touring France and Ireland as a solo artist in early 2016, Bianculli caught the attention of Dublin based label, Paper Trail Records when a mutual friend heard the then unreleased album and passed it along to Jack Rainey and Dan Finnegan at Paper Trail. In April of 2016, the band released their first single “Theoretical Girls.” A somber ballad of unrequited love and disrupted fates. It was featured prominently on playlists as one of the best indie and undiscovered singles of the year.

In May, the LP Don’t Dwell was released. Star Parks, now a four piece with Keith Lough on drums, Ben Burdick on bass and Nathaniel Klugman on keyboards, embarked on a tour of France, Ireland and the United Kingdom in support. The group would later add trumpet player, Derek Phelps and trombonist Wayne Myers later that year. In July 2017 the group released a new song, this time with producer and engineer Danny Reisch (Shearwater, Other Lives). They released “The Past is Like a Foreign Country” and started work on what would become their follow up LP.

Their sophomore album The New Sounds Of Late Capitalism was completed in June of 2019. Recorded again with Reisch, now located in Lockhart, Texas, it is a record about alienation, dissatisfaction and postmodernism. “I found an old Concord reel to reel in my parent’s attic in New York and when I played the tape it was my father as a 12 year old boy recording the The Beatles on the Ed Sullivan show off the television” explains Bianculli. “There are so many layers to that discovery that affected me and made me contemplate my place in time, my family, America, culture and music. To me it was like discovering the spark that gave man fire, in that it is a first hand account of a moment that propelled me and the whole world in a different direction. I knew I wanted to write about moments like that, that had promise but inevitably lead to disappointment.” Reisch played a pivotal role in helping the band shape the sound of the new album, which at its heart was an attempt to reproduce a time where studios could employ dozens of musicians and keep orchestras on hand. Without such resources, the band developed what they called “Burt Bacharach on a budget”. The band cites exotica legends Martin Denny and Arthur Lyman as major influences as well as Ethiopian organist Hailu Mergia, Van Dyke Parks, Kevin Ayers and Alice Coltrane.