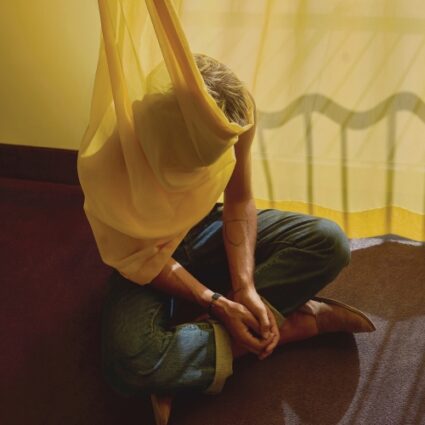 Reuben and the Dark - In Lieu Of Light

Reuben and the Dark’s fourth album, In Lieu of Light, is a collection of songs as bare and unguarded as any frontman Reuben Bullock has offered before. Recalling the spontaneity of the band’s 2013 arrival Funeral Sky, the eleven songs of In Lieu of Light are both humble and vast, flourishing from the simplicity of gentle piano and guitar – at times favouring the delicate frame of its intimacy, at others conceding to the anthems in its melodies. It is honest heart-based music, wide open yet lonesome, and inviting connection.

“This album had no expectations put on it, it felt very free of form in any creative way. It is a snapshot of songs I was writing at a particular time, when recording them felt like a necessary letting go,” recounts Reuben. “There was a magic to that experimentation that felt natural to me.”

Recorded by Graham Lessard in Calgary at OCL Studios, Brock Geiger at Reuben’s home studio in Joshua Tree, and Joel Shearer in Los Angeles, In Lieu of Light finds Reuben in harmony with the studio as his instrument, and the band as his muse.

From the warm melancholy of “Wanderer” to the hymnal meditation of “Read Your Mind” and the wayfinding reflections of “Traveler of Swords,” In Lieu of Light is at once Reuben and the Dark’s most varied yet most unified album to date. Bullock’s commitment to a more relaxed mode of songwriting removed one of the few remaining barriers between the band and its inextricably devoted audience. The cumulative, exultant power of his songs, be it shared joy or shared sadness, elevates the experience of In Lieu of Light to a heightened level.