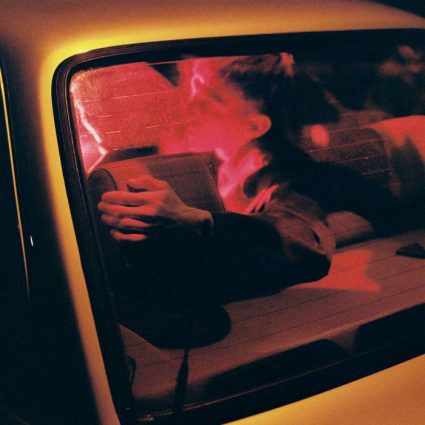 “Resonant and rapturous, the band finds a way to channel their thoughts on the world around them through precision indie rock songwriting that builds into swelling, cathartic choruses” – KEXP

In Waiting is Pillow Queens’ debut album, the result of four years of brotherly love in a sisterly unit from Ireland’s most urgent, yearning, rock band. Crafted from our lives, and honed in a studio in rural Donegal in the northwest of Ireland, this is a record by queens in waiting and kings in the making.

It’s an album about love; self-love, queer love, the anxiety-inducing fault lines of romantic love, and the love for a city and a country that simultaneously has your back and is on your back.

It’s an album about the in-between; the transitionary period of an adulthood that never seems to arrive, while you wait for that lightbulb moment when everything makes sense, even though part of you knows deep down it will never come.

It’s an album about the purgatorial aspect of late-stage capitalism, where the systems conspire to burden and punish; job insecurity, housing crises, income inequality, and social inequity.

It’s an album about family; chosen, given, received and earned.

It’s an album about spirituality; from the engrained confines of religion, to the expanding borders of spirituality, and the iconography and ritual that populates the emotional interior of anyone who grows up in Ireland.

It’s about resilience of the politics of the self and belief in the power of art. The wounded deer’s leap highest. Tiocfaidh ár lá. (our day will come)

Working with Mercury Prize nominated producer Tommy McLaughlin (SOAK, Villagers), the band launched the track and video Gay Girls, an instant queer anthem, which was nominated for the RTE Choice Music Prize song of the year, and embraced by NPR’s World Cafe and KEXP.