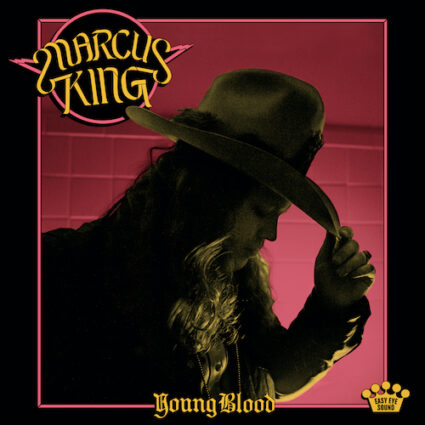 “Marcus King, a Bluesy Rocker Who Stared Down His Own Crossroads. The 26-year-old singer and guitarist saw terrifying signs and symbols during the making of his new album, Young Blood. He steadied himself, and put it all in the music.” – The NY Times

“Dan [Auerbach] and I wanted to create a record with a big arena rock sound we don’t really hear a lot now. We wanted tunes that were as big as the rooms we wanted to play. We wanted them to be tough, so there aren’t many ballads. I was going through a lot during the album with addictions, breakups, and addictions because of breakups, so I was overindulging in everything. It was good to get it out in this way.” – Marcus King

“Music runs so deep in Marcus’s blood he might not even realize how born to do this he is. He’s the real deal.” – Dan Auerbach

GRAMMY® Award-nominated artist, performer, and songwriter Marcus King was downright destined to play music. By eight-years-old, the fourth generation Greenville, SC native performed alongside pops, grandpa, and his uncles for the first time. Logging thousands of miles on the road as “The Marcus King Band,” he established himself with unparalleled performance prowess and a dynamic live show. During 2020, he linked up with Dan Auerbach [The Black Keys] and cut his solo debut El Dorado, garnering a GRAMMY® Award nomination in the category of “Best Americana Album.” Beyond praise from NPR, American Songwriter, and more, Rolling Stone christened it “excellent,” and Associated Press went as far as to claim, “El Dorado already stands out as a definite high point of 2020.” In between packing venues on his own, he performed alongside Chris Stapleton, Greta Van Fleet, and Nathanial Rateliff in addition to gracing the bills of Stagecoach and more with one seismic show after the next. Along the way, he caught the attention of Rick Rubin and signed to American Recordings.

← Reuben and the Dark ← Son Little