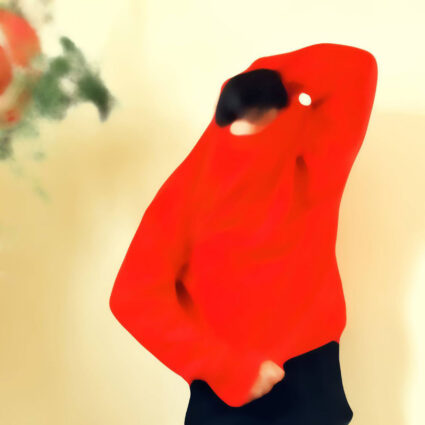 Raised in border towns Ciudad Juarez (Mexico) and El Paso, TX, LC Flowers started out at the age of 13 as a drummer playing for bands ranging in styles from punk to metal to funk. In the early aughts, after becoming interested in abstract electronic music like IDM (intelligent dance music), he began composing songs under the moniker Adeus Senhor F. This project would go on to consume most hours of evening, with a college education taking up the mornings. By 2008, Flowers had acquired a Gibson SG, an electronic Roland V-drumset and an Mbox Mini recording interface. Following a brief stint as the drummer for dream pop band Cigarettes After Sex, he’d go on to self-release his debut LUA, a lo-fidelity mix of drum n’ bass and experimental indie rock with lyrical themes of longing and disappointment. During that time he would open for touring bands like No Age and Deerhoof while continuing to record at home. During the early through mid 2010s, now as a resident of Minneapolis, Flowers would continue to self release yearly albums, with each compilation slowly refining its influences to eventually arrive at a sound somewhere between psychedelic and electronic rock. This upcoming release marks Flowers 3rd release with Mint 400 Records following a compilation of older material and the LP “At Home”.

Here’s what he had to say of this newest song collection: “I used to write songs looking in, but at some point the state of the blue planet outgrew my ability to ignore it. Put on a Sweater is a twelve minute, four-song reaction to the seemingly distant, yet quotidian malaise that oozes out of my computer screen. After taking a break once “At Home” was released, I acquired an analog synth and drum machine and started recording short loops to familiarize myself with the gear. I had every intention to make an instrumental album under the Adeus Senhor F. moniker, which dates back to the turn of the millennium, but opted to layer some vocals as an experiment and an EP was born. In short, if you enjoy krautrock, psychedelic pop and existential dread, Put on a Sweater is for you!” – LC Flowers