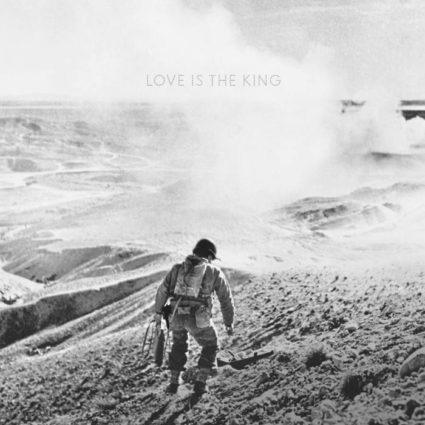 Jeff Tweedy - Love Is The King

Rather than a concept album about quarantine, it’s a snapshot of a moment in time, one that captures the confusion, longing, and loneliness of a world set back on its heels. – Pitchfork (7.3)

If you’ve been following Tweedy’s career lately, you probably know exactly what to expect. What might surprise you is how great many of these tracks are despite coming together so quickly — or maybe because of it? – Stereogum

Like Warm and Warmer, Tweedy requires a bit of patience to crack open. The songs tend to seep in slowly, but it’s worth the effort to burrow into them: Beneath that low-key exterior, Love Is the King displays luminous depth from a veteran songwriter who continues to grow into his craft. – Paste (8.1)

The vibe is folk, rock, country and kind of homespun and laidback but, like early John Lennon records, there is sharpness to the starkness. – Exclaim! (8.0)

Love Is the King is the work of a songwriter with clear eyes and a full heart. Tweedy leans on the two constants in his life, music and family, to find hope in a year where such a thing has too often been absent. In doing so, he’s left behind more than just another solid record to add to his oeuvre, but also some reassurance that maybe things will be okay, so long as we keep sight of what’s important. – Consequence of Sound (7.5)

Though recorded under lockdown, the songs may be maudlin in spots but don’t directly address the situation at hand. Primarily Love Is the King has the air of what it in fact is: a man comfortable in his own skin recording a set of songs with his talented kids. – Under The Radar (7.5)