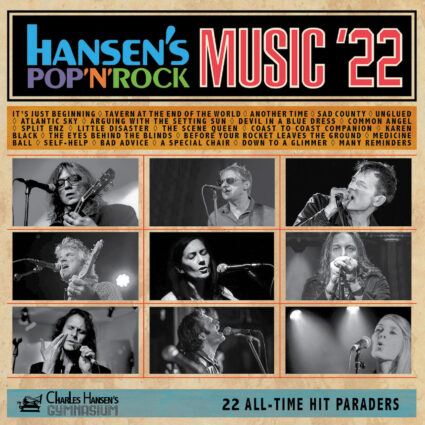 Imagine an incredible talent living in your neighborhood. He can deliver a smoking guitar lead at the drop of a hat. He likes hockey. He drinks beer. He has a dry wit that cracks you up.

He also happens to be the auteur of the finest concept double-album to hit your ears since Quadrophenia: Hansen’s Pop ‘n’ Rock Music ‘22

Also out now, new single and video for “Little Disaster” from the album. Songwriter Hansen describes the inspiration for the song: “Little Disaster Is really just the story of having to fight my way through the 8th grade.” The song evokes a Bowie feel – melodic, dramatic, and complex, but 100% rock, featuring not one but two ripping guitar solos by Hansen. The music video features stop-motion animation by video director Isabella Drago using illustrations by up-and- coming artist Madeleine Hansen, as well as footage that brings back the playground and basketball court as the minefields they were and are for many kids.