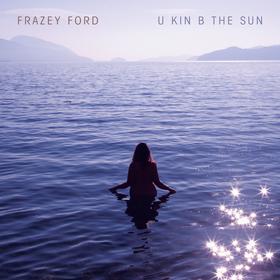 Frazey Ford - U kin B the Sun

“… the instrumentation is face-meltingly amazing” – Julia Jacklin (for UNCUT)

“Don’t be fooled by the glittery jumpsuit. Frazey Ford is out for blood.” – NPR

“her solo music has incrementally privileged a suppleness and and toughness: a matrix of grooves over which she can assert messages that are at once idealistic and robust” – MOJO

“U kin B the Sun yields even more astonishing riches.” – UNCUT

Vancouver-based soul-Americana artist Frazey Ford released her third album U kin B the Sun on Friday, February 7 on Arts & Crafts. The acclaimed new album is at turns ecstatic and heavy-hearted, gloriously shambolic and deeply purifying. Debuted with FLOOD, Ford’s hypnotic vocals soar over a percussion-soaked groove on new album single “Holdin’ It Down”. The powerful track brings a confident determination to its expression of weary perseverance. “I would say that ‘Holdin’ It Down’ is influenced by Angie Stone circa 2002,” explains Ford. “To me it’s about an embodied sense of female resilience and self reliance through generations mixed with the urge to rest and trust in another.” (continue reading full bio in download folder)

Revered for her singular voice, immersive lyrical storytelling and captivating live show, Frazey Ford will support U kin B the Sun with a North American headline tour kicking off February 29 in Montreal. See all dates HERE and contact us with any requests!