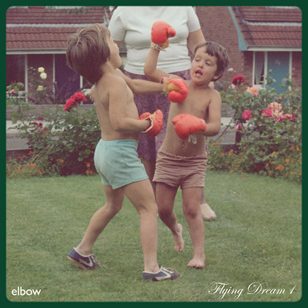 “We’ve Got A File On You: Guy Garvey” – Stereogum Interview

‘A record that has turned upheaval into something beautiful’ – RECORD COLLECTOR

The release has been greeted with a wave of critical acclaim with 4/5 reviews from Mojo and Record Collector, the latter making it their album of the month, and a 9/10 review from Uncut. Gigwise and Music OMH added to that acclaim with further 8/10 and 4/5 reviews respectively.

As noted in those reviews, Flying Dream 1 is a change in pace from the band’s previous, UK Number One album, Giants of All Sizes, with a deliberately quieter and more contemplative musical tone, informed by the recording process as lead singer Guy Garvey explains:

“We don’t phone each other for a chat. We don’t talk about life outside the music until we’re together. These hushed night-time missives told us how each other were doing.

We love patient, quiet, whole albums like the last Talk Talk records. John Martyn’s ‘Sold Air’ and ‘Bless the Weather’, PJ Harvey’s ‘Is This Desire’, ‘Chet Baker Sings’, the Blue Nile’s ‘Hats’. Kate Bush’s ‘Hounds of Love’ & Van Morrison’s ‘Astral Weeks. We’ve always written songs like this, but it felt natural to make an album that focuses on the gentler side of our music. There have been challenges, but through them writing together remotely was a lifeline. It’s bruised and wistful, nostalgic, and thankful. We’re so lucky that all our family and friends are safe. It’s about that love.

When we finally got together, all that was to do was record the songs, honour them with amazing additional singers and players in a gorgeous space and catch up. It was beautiful.”

Flying Dream 1 was written remotely by the band in their home studios before they came together at the empty Brighton Theatre Royal to perfect, perform, and record the songs. A film crew covered the final recording sessions for a forthcoming documentary.