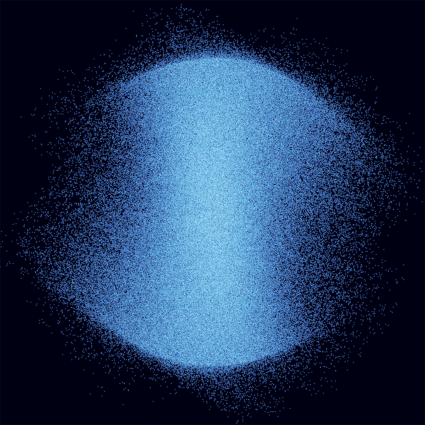 Deafheaven have flipped the script…tighter, leaner, hazier than anything they’ve done – ENTERTAINMENT WEEKLY

a radical new direction for the band — a kinder, gentler Deafheaven – STEREOGUM

the prettiest thing they’ve made to date. – FADER

The outcome is sheer brilliance. – FORBES

Deafheaven have released their new LP Infinite Granite via Sargent House. The San Franciso quintet has been throwing wrenches into the heavy music cannon for a decade now and with the new LP, produced by Justin Meldal-Johnsen (M83, Wolf Alice, Paramore, Metric St. Vincent)they’ve not let up. An early take from NPR pointed out So here’s the band, a little more than a decade out from its blistering blackgaze demo, turning on a dime…The heightened melodrama that’s propelled previous work remains while Pitchfork added to the growing conversation it’s shocking to hear the band turn their carefully crafted aesthetic inside out just because they can. Guitarist Kerry McCoy affirmed their process in a recent Apple Music 1 interview saying “I think that for us, the only thing that’s really paramount is that we can continue to be inspired and continue to write music that’s inspired.”

Across the album, vocalist George Clarke showcases a startling vocal range; falsettos, whispers, multi-part harmonies, and other adventurous vocal treatments, with his trademark black metal-inspired howls mostly absent. Guitarists Kerry McCoy and Shiv Mehra expand their sonic palette to include synth textures using them to enrich their astral guitar work rather than outright replace it. Drummer Daniel Tracy has always been a force to reckon with behind the kit, but where he used to floor audiences with his speed and stamina, he’s now free to broaden his approach and lay down authoritative drum patterns that together with bassist Christopher Johnson’s punchy bass lines anchor the band’s lofty arrangements. Ultimately, Infinite Granite is Deafheaven’s most goosebump-inducing album to date.

The band has an upcoming 25 date tour with the first two shows this October in Berkeley and Los Angeles, CA. The rest of the tour kicks off in Phoenix on February 22, 2022 wrapping at Treefort Music Festival on March 24th making stops in Austin, DC, Philadelphia, Brooklyn, Toronto, Denver, Seattle and more (full dates below). Tickets are on sale now and you can go to deafheaven.com for more info.