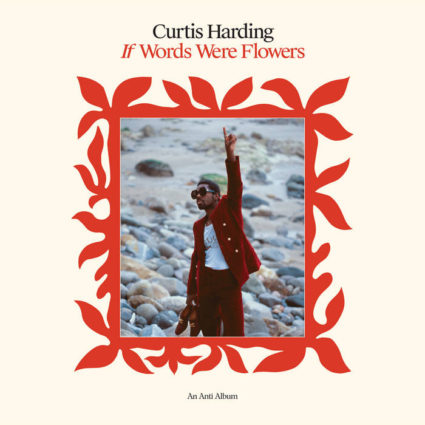 Curtis Harding - If Words Were Flowers

Atlanta psychedelic soul artist Curtis Harding has shared the new track “Explore” today ahead of this Friday’s release of his new album ‘If Words Were Flowers’. A trippy track that dives headfirst into a sea of new experiences with a partner, listen to “Explore” HERE.

Harding has also announced a January 2022 US tour today that will include performances in his hometown of Atlanta as well as New York, Los Angeles, Portland and more. At the end of that run he will head to Europe for February and March shows across the continent; all upcoming dates are listed below.

Written and recorded over the past two tumultuous years, If Words Were Flowers is a vibrant, intoxicating bouquet, one as diverse as it is dazzling. Drawing on vintage soul, R&B, hip-hop, garage rock, and psychedelia, the songs here are raw and gritty, fueled by airtight grooves, punchy horns, and adventurous production from Harding and frequent collaborator Sam Cohen (Kevin Morby, Benjamin Booker).

“Nina Simone said that it’s an artist’s job to reflect the times,” Harding explains. “I think it’s important to live in the moment. If you do that and you’re honest and vulnerable, you can reach the people that need to be reached.”

That honesty and vulnerability is front and center on If Words Were Flowers, which opens with the arresting title track. “If words were flowers / I’d give them all to you,” Harding sings with a boost from a larger than life backing choir.

Harding broke out Stateside with in 2017 with his previous album Face Your Fear. Helmed by Cohen and super producer Danger Mouse, the record earned Harding dates with everyone from Jack White to Lenny Kravitz, landed him festival slots at Newport Folk, Lollapalooza, and Austin City Limits, and racked up nearly 60 million streams on Spotify alone. NPR declared the record one of the year’s best R&B releases, calling Harding a “gifted, gospel-bred shouter and deep digger in the Curtis Mayfield/Stevie Wonder crates,” while Complex hailed the music as “vintage, classic soul music” with “psychedelic splashes and a touch of garage rock fuzz,” and New York Magazine raved that “with a scorching voice like his, the funk is eternal.”