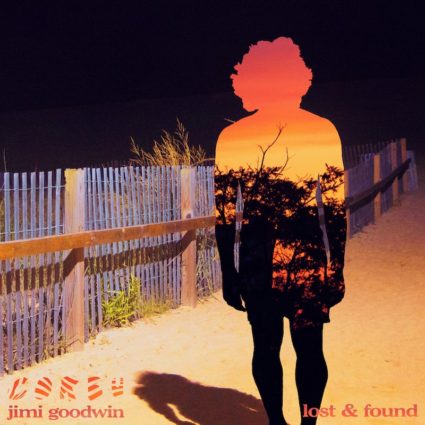 Brooklyn dream-psych duo Corbu have teamed up with one of their heroes, legendary Doves frontman Jimi Goodwin, to create ‘Lost & Found,’ the title track from their upcoming Lost & Found EP (out June 4th, 2021 on Trash Casual and 3 Beat). ‘Lost & Found’ is an upbeat, danceable slice of electronic indie pop, produced by Goodwin as a dubbed-out, reggae-tinged trip to the sun.

After releasing a pair of singles in 2020, the song is Corbu’s proper comeback following their debut album Crayon Soul, mixed by Dave Fridmann (Tame Impala, MGMT, Neon Indian). ‘Lost & Found’ also comes on the heels of Doves’ album The Universal Want, which peaked at number 1 on the 2020 UK album charts.

Jonathan Graves of Corbu wrote the chorus “You run around looking, you run around looking / You can hold yourself / Come on and hold yourself” based on his experience of being adopted at four months old. Graves says: “I wrote it to myself. I was kind of messed up and couldn’t calm myself down, and I realized a lot of it had to do with the first four months of my life. Your brain is still forming, and it’s an eternity for a baby when you don’t have anyone to connect with. Amanda and I think the song applies to everyone, to some extent – you have to learn to be your own parent and be your own friend.”